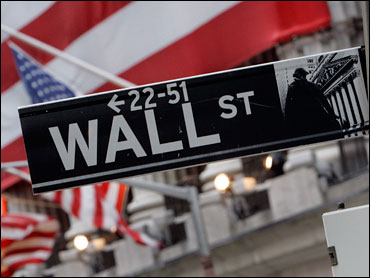 NO MATTER WHAT deal is finally cut between Hank Paulson, the Democrats, and unhappy conservative Republicans, or even if no deal at all is finally worked out, market capitalism as practiced in the United States will never be the same. Well, "never" might be too long, so let's say it won't be the same for a very, very long time.

We are witnessing a radical modification of capitalism. Some of this is obvious. We know that the old view that some banks are too big to fail has been augmented by the view that some financial institutions are too interconnected to fail. So Freddie Mac, Fannie Mae, AIG and others are bailed out by one device or other, even though no depositors were directly threatened by the demise of these institutions. Carnegie Mellon economist Allan Meltzer might be right when he says, "Capitalism without failure is like religion without sin." But it seems safe to say that our tolerance of failure is just not what it used be. The great economist Joseph Schumpeter talked of capitalism's awesome power of creative destruction. Were he still around he would be unhappy to note that we are in for both less destruction and less creativity. There is a growing desire for shelter from the storms of market economics.

But the change in attitudes and policy towards failure - the greater willingness of policymakers to risk moral hazard in order to reduce risks of threat to the financial system - is only one of the changes reshaping market capitalism.

Another is increased dissatisfaction with the way incomes are distributed. The picture of executives of failed companies strolling off with multimillion dollar bonuses has made more and more people wonder whether what goes on in the nation's boardrooms is a search for ways to reward stellar performance, or a meeting of cronies to decide how to cut up the pie, far from the view of the shareholder-owners of the company.

More important is the fact that globalization, which along with free trade has done more to alleviate world poverty than all the misbegotten foreign aid programs combined, is now producing results that are seen as unacceptable. Over one billion workers in India, China and elsewhere have entered the world labor market, putting pressure on the wages of low and not-so-low income workers. At the same time, globalization has expanded the canvass on which skilled managers can paint. That makes them more valuable, and higher-paid.

This is not the place to resolve the dispute over whether the non-rich have done well or badly in recent years. Suffice it to say that the benefits of free trade - the t-shirts and sneakers in Wal-Mart, the rising living standard of developing-country workers--are less obvious to many Americans than the costs. The perception that trade has inflicted collateral damage on innocent bystanders has taken hold sufficiently to allow Barack Obama to attack trade-opening measures, and to force John McCain to promise training and other programs to soften its consequences. Neither believes the market should be left free to sort things out, despite America's record of creating millions of new jobs every year.

Add suspicion over executive salaries, ostentatious displays of wealth by some private equity and other financial types, pressures on real wages of ordinary workers, the feeling that free trade is not "fair" trade, and you have a cocktail that might prove lethal to the principle of minimalist government intervention.

Instead we have a capitalism in which financial institutions trade freedom for the protection of access to the government's balance sheet (Goldman Sachs and Morgan Stanley). In which institutions under stress accept pervasive government regulation in return for insurance against failure. In which the advantages of free trade are sacrificed in the interests of preserving jobs in industries best left to adjust to the winds of change. In which regulation of executive salaries is seen as a necessary political price to pay for preventing systemic failure of the banking system. In which taxes on the "rich" and not-so-rich are seen as necessary to offset the inequities of the income distribution system created by capitalism as we have known it.

These changes are already being played out in the campaign for the American presidency. Barack Obama is calling for higher taxes on the "rich" - families with incomes of $250,000 or more - with the proceeds to be redistributed to the middle class. He also wants to end free trade deals that his union supporters tell him depress the wages of blue collar workers.

Meanwhile, John McCain is railing against Wall Street bankers and assorted other villains, including most notably short sellers. And promising to fund huge training programs to enable workers displaced by trade to find new jobs in growth industries - the intelligent man's alternative to protectionism.

Both do have a tiny problem: they have made promises they cannot possibly keep, now that the government has taken uncounted billions onto its balance sheet. McCain will find it impossible to cut the corporate tax rate, and Obama to spend billions on infrastructure, alternative energy and an expansion of the social programs dear to his party.

None of this is meant to do more than catalogue the changes that are occurring far from the glare of the headlines that instead report day-to-day fluctuations in markets and in the progress of various bail-out plans. Those changes will undoubtedly deny us of some of the benefits of the creativity and dynamism of a capitalism in which failure was a greater goad to achievement. Sic gloria transit mundi.
By Irwin M. Stelzer
Reprinted with permission from the Weekly Standard