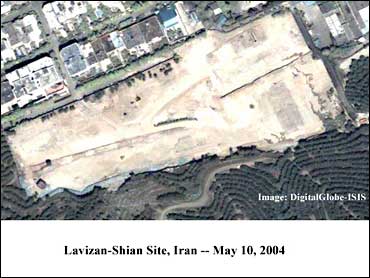 The Washington Capitals look right at home at the Nassau Coliseum.

The Capitals have won four straight games and 18 of the last 24 at the Coliseum, including Saturday night's 5-3 victory over the New York Islanders.

"We know they're the Stanley Cup finalists from last year," Islanders forward Bryan Smolinski said. "The thing was that we showed them too much respect."

The Islanders converted on their third shot for a 1-0 lead at 7:34 as Kenny Jonsson skated in from the right point to stuff a passout from Robert Reichel past Kolzig.

The Capitals tied the game on their next-to-last shot of the period, as Ken Klee finished off a three-on-two break by wristing the puck past Salo's short side from the right circle.

"He was lucky that he got the shot off fast," Salo said. "I was still moving, and I wasn't expecting him to shoot it so quickly."

Washington jumped ahead 55 seconds into the second period when Andrei Nikolishin emerged from a scramble in the low slot to flip a shot over Salo. Then just 2:16 later, James Black picked off a bad clearing attempt by defenseman Bryan Berard and slapped the puck off Salo's glove and into the net.

"I probably should have had the third goal," Salo said.

Brian Bellows finished Washington's four-goal run at 14:29 with a flip shot off Salo's arm. Salo was finished at that point, replaced by backup goalie Wade Flaherty.

In the past, Salo would have taken the move personally, but that was not the case in this instance.

"I had 28 shots at that point, and I think (coach Mike Milbury) had to do something," said Salo, who came into the game with the league lead in shutouts with four. "I think he did the right thing."

Trevor Linden scored the first of his two goals at 17:50 on a power play. In the third period, Adam Oates swatted a bouncing puck past Flaherty at 13:30 and Linden put a short shot in at 16:28.

"We seemed like we were a nervous and unsure group from the start of the game," Linden said. "I think that we started to overcompensate and do too much. That's a natural thing."

The win for Washington made coach Ron Wilson happy.

"We've played hard, but have never really responded to adversity," Wilson said. "It seemed like every pot hole we've hit, all four tires would come off. But tonight, nothing the Islanders did bothered us."