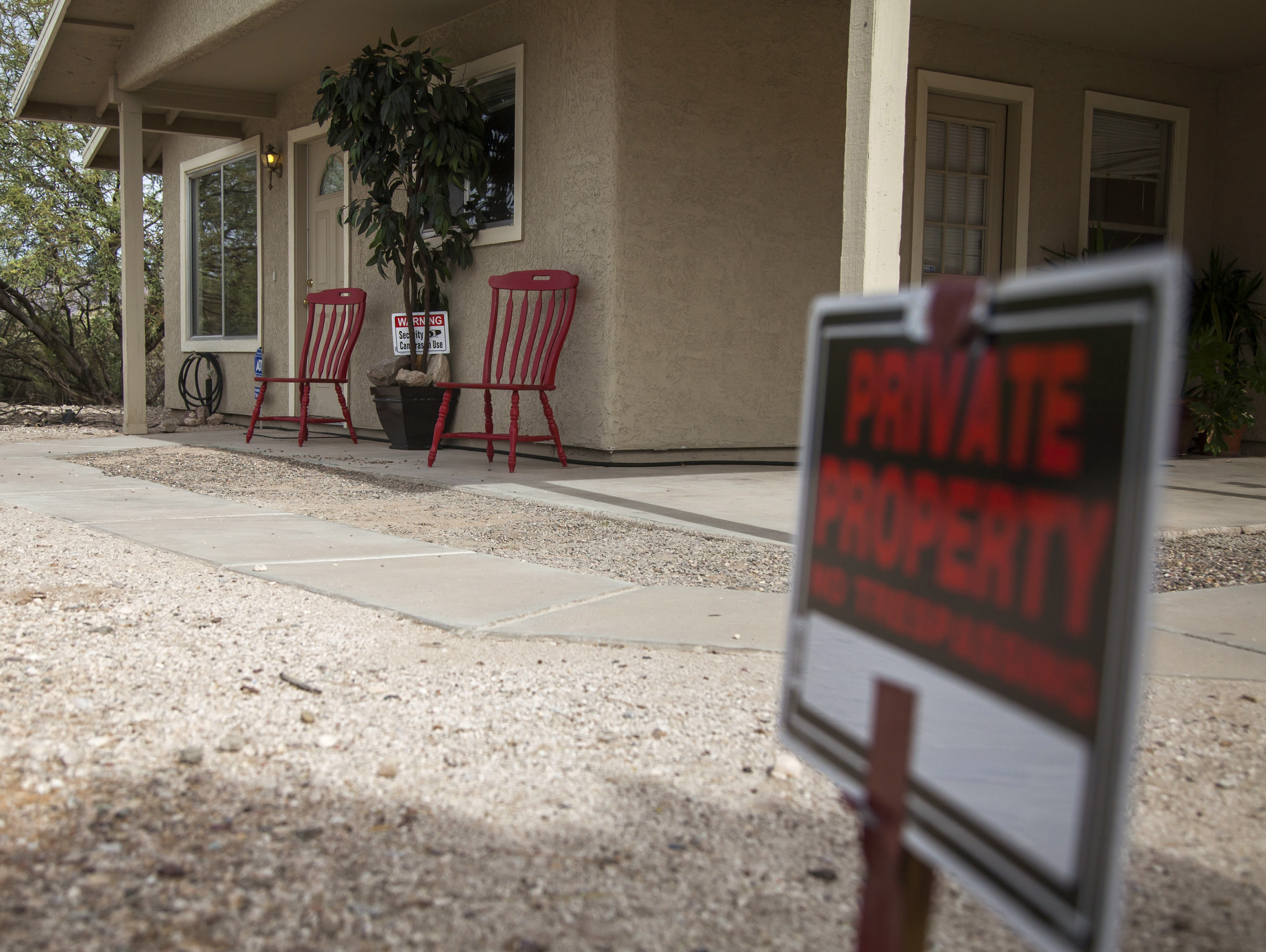 A 17-year-old girl rescued from an Arizona home was delighted to be reunited with her two younger sisters and told police she hadn't seen anyone for two years, according to documents released Tuesday.

Tucson police released copies of their reports and transcripts of  911 calls from a Nov. 26 incident. Two girls, ages 12 and 13, ran to a neighbor’s home at 4 a.m. and said they were fleeing their stepfather, who they said had tried to attack them with a knife.

The girls told authorities their mother and stepfather had imprisoned them in the family's house for two years.  The younger girls said they escaped when their knife-wielding stepfather broke into the bedroom where they were held, according to the documents obtained by CBS affiliate KOLD.

"We were just standing there and you see, my mom's husband was trying to open the door, but he broke it in half -- and me and my sister got out the window," one of the girls told a 911 operator.

When officers went to the house, they found Fernando and Sophia Richter. Both had "bloodshot eyes" and "smelled of intoxicants," according to the police report.  They have been arrested and charged with multiple counts of child abuse, neglect and imprisonment.

In the home, police found a 17-year-old girl locked in a bedroom. She had been kept separate from the two younger girls, authorities said.

"I haven't seen anyone in two years," the oldest sister told officers.

Police said the oldest girl had a homemade calendar in a purse she worse around her neck. She showed the calendar to an officer.

Officers said the three girls were delighted to be reunited.

"They touched each other’s faces, hugged and commented on how they all have changed since they last saw each other," the police report said.

When the younger girls first spoke to a 911 operator, they were asked about their biological father. One replied: "We used to visit our dad, but something happened and we were no longer allowed to visit him. I haven't talked to my dad for three years."

KOLD reported the three sisters are now living together in a Child Protection Services group home and hope to be reunited with their father, perhaps later this week.