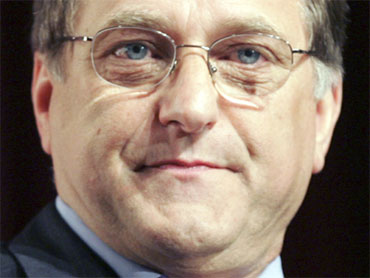 Rep. Michael Capuano is announcing his run for the late Edward M. Kennedy's Senate seat, arguing he is the best candidate to continue In Kenndy's liberal tradition, and with more experience in national politics than leading rival Martha Coakley.

The blunt, plainspoken former mayor of Somerville said he plans to formally declare his candidacy at an event on Friday, and then pursue a vigorous campaign before the Dec. 8 primary. The special election to succeed Kennedy, who died Aug. 25 of brain cancer, will be on Jan. 19.

"When it comes to the issues we deal with here in Washington, I have no idea where she stands on the war in Iraq," Capuano said of Coakley, the state's attorney general and the first Democrat to declare her candidacy for Kennedy's seat.

The six-term congressman added: "Why leave it to a question, when there's somebody in the race who has proven they can do it over a long period of time?"

A Coakley spokeswoman did not immediately respond to a request for comment.

In the meantime, the debate continues over whether a Kennedy successor could be appointed sooner, by changing Massachusetts election laws, to allow Gov. Deval Patrick to appoint a temporary Senator for Kennedy's seat.

Former Gov. Michael Dukakis, the Democrats' 1988 presidential nominee, is considered a potential pick, even as state Republicans vow to block a change in the law.

Dukakis refused to discuss a possible appointment after he attended a Statehouse ceremony on Wednesday, even though he was introduced in jest as "Sen. Dukakis."

Dukakis said pending political issues in Washington demand two Senate votes from Massachusetts, which would also give the Democrats a filibuster-proof majority. Among the issues is the health care overhaul championed by Kennedy and President Barack Obama.

Dukakis declined to say whether he wants Kennedy's seat, but is actively lobbying to change the law.

"The only thing that I'm concerned about is that the bill passes," Dukakis said as he sped toward an elevator. "I think it will be very important. We need that 60th vote in the Senate, but that's all I'm going to say."

White House Press Secretary Robert Gibbs dodged any suggestion the White House is actively lobbying for the change, but the Massachusetts branch of Obama's political arm, Organizing for America, sent its second e-mail in a week advocating for the change.

The bill being considered Thursday would require the appointee be from the same party as the person who vacated the seat. The governor also proposes that the appointee must agree not to be a candidate in the special election, to avoid charges of political favoritism.

Republicans argue that the law favors Democrats, who changed the law in 2004 to eliminate the governor's appointment power and create the special election process now in effect.

At the time, the governor was Mitt Romney, and Democrats feared he would appoint a fellow Republican to succeed Democratic Senator John Kerry, who was running for president.

Senate Republican leader Richard Tisei said he'll object to the Senate taking up the bill Thursday. Chamber rules require unanimous consent to debate a bill not already on its calendar, and the succession bill isn't listed for the Thursday session.

An objection would delay it until the Senate's next formal session. There is none scheduled for Friday.

News also surfaced Thursday that Boston Celtics co-owner Stephen Pagliuca is planning to enter the Democratic primary race. The multimillionaire is managing director of the Bain Capital investment firm, which was founded by Romney.

While Pagliuca donated to Romney during his 1994 Senate race against Kennedy, he now considers himself a "true progressive" in the tradition of Kennedy. The longtime senator died of brain cancer on Aug. 25.

Barring any change in the law, the primary election is Dec. 8; the special election is Jan. 19.