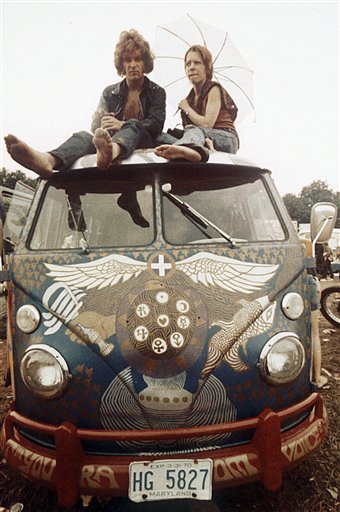 Many people have carbon monoxide detectors in their homes to alert them to the presence of the deadly, colorless, odorless gas.

Now, a study reveals new cause for concern.

It shows that carbon monoxide poisoning frequently causes symptom-less heart damage that appears to shorten patients' lives even if they make it out of the hospital.

All 230 patients studied had poisoning similar to that suffered by the sole survivor of the Jan. 2 Sago, W.Va., mine explosion, although most were exposed to the toxic gas from faulty furnaces or fires, not mining disasters.

Overall, 37 percent had heart muscle damage caused by carbon monoxide exposure, including six of 12 patients who died in the hospital, the researchers said. Nearly 40 percent of the heart damage patients died within about seven years. By contrast, 15 percent of the patients without heart damage died during the follow-up period.

The heart damage often caused no initial symptoms. It was detected by hospital tests.

Those tests — including an electrocardiogram and a blood test to detect elevated levels of a protein called troponin — are not routinely given to carbon monoxide patients, but they should be, based on the study's findings, said lead author Dr. Timothy Henry, research director at the Minnesota Heart Institute Foundation.

The study appears in Wednesday's Journal of the American Medical Association.

says
. "It's often not looked for. And it can lead to death, years after the incident has occurred.

"Anyone who has survived carbon monoxide poisoning really needs to have their heart monitored as they go forward."

Carbon monoxide poisoning is the most common type of accidental poisoning nationwide, contributing to 40,000 emergency room visits annually in the United States, the researchers said. Each year, the odorless gas is responsible for about 500 accidental deaths and is used in about 2,000 suicides, according to government figures.

Dizziness, headaches, loss of consciousness and neurological damage are commonly associated with carbon monoxide poisoning. But the study shows heart damage is "way more common than we thought," Henry said.

"You have to recognize the symptoms, which can be kind of vague. Flu-like symptoms, headaches, shortness of breath. Fatigue. Mood swings.

"People who have very serious carbon monoxide poisoning can lose consciousness, they can go into a coma. Obviously, they can die."

Senay adds, "One of the things you hear from people who've had carbon monoxide in their homes is they just didn't feel very well when they were home. When they leave the house, they feel better."

She stressed that the single most important thing people can do is get carbon monoxide detectors.

Randal McCloy Jr., who survived the Jan. 2 Sago mine explosion that led to the deaths of 12 other miners, underwent initial tests that showed significant strain and oxygen deprivation to his heart, but recent tests showed his heart is back to normal and he is steadily improving, Dr. Larry Roberts said Monday.

Roberts, head of McCloy's treatment team at Ruby Memorial Hospital in Morgantown, W.Va., said the study is not the first to link carbon monoxide with cardiac damage, and does not prove that the gas was the culprit.

In McCloy's case, for example, it is possible his heart trouble resulted from being deprived of food and water for 40 hours, Roberts said.

The study fits with data suggesting that air pollution, which often contains carbon monoxide, can raise the risk of a heart attack, said Aruni Bhatnagar, a researcher at the University of Louisville's school of medicine.

The patients studied were hospitalized at the Hennepin County Medical Center in Minneapolis between 1994 and 2002. About 60 percent had accidental carbon monoxide poisoning; the others poisoned themselves in suicide attempts, in some cases by inhaling auto exhaust.

All underwent hyperbaric oxygen treatment, in which patients are put into an airtight high-pressure chamber filled with high concentrations of oxygen to help heal damaged tissue. McCloy also received the treatment.

The Centers for Disease Control and Prevention provides information about carbon monoxide. To access it, click here