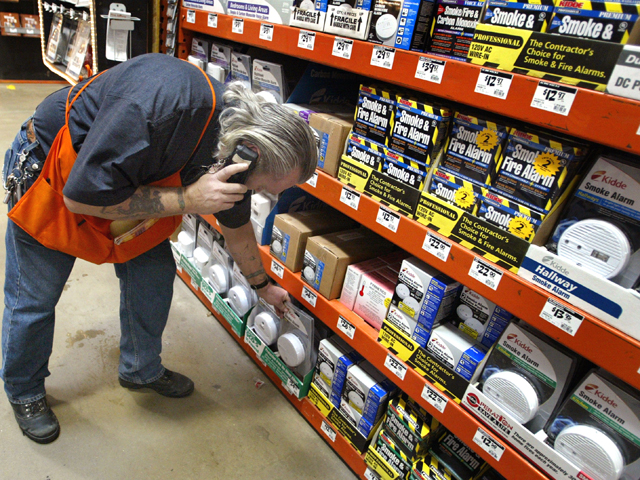 Some homeowners may not be as protected against carbon monoxide as they think, new research suggests.

A research letter published Aug. 20 in the Journal of the American Medical Association (JAMA) shows that potentially deadly carbon monoxide gas can seep through drywall at dangerous levels.

"There are numerous media reports describing simultaneous CO (carbon monoxide) poisonings in different units of multifamily dwellings," wrote the researchers, from the Center for Hyperbaric Medicine at the Virginia Mason Medical Center in Seattle. "Even though CO might have traveled through ventilation ducts, hallways, or stairways, the building configurations in many such cases are inconsistent with this explanation, raising the possibility that CO passes through walls."

Carbon monoxide is an odorless, colorless gas that's found in combustion fumes, such as those produced by automobiles, gas engines, stoves, power generators, lanterns, or burning charcoal and wood.

If too much carbon monoxide gets into the air, the body may replace oxygen in blood with the gas, which can damage bodily tissues and lead to injury or death.

About 400 Americans deaths each year are caused by unintentional CO poisoning, according to the Centers for Disease Control and Prevention (CDC), in addition to 20,000 emergency room visits and more than 4,000 hospitalizations.

There's also up to a 35 percent increased risk for brain injury one year after poisoning, the authors added.

They pointed out that 25 states have laws mandating carbon monoxide alarms, but 10 of those states grant exemptions to homes if they don't contain fuel-burning appliances or attached garages. The reasoning is there's no risk for poisoning without these internal heat sources.

However, "This may not be true if CO diffuses directly through wall-board material," wrote the authors, led by Dr. Neil Hampson of Virginia Mason Medical Center.

To test this out, researchers set up a Plexiglas chamber that they divided with painted or unpainted drywall - also called gypsum wallboards -- of various thicknesses. They performed six trials in which they infused the gas into the chamber to determine how rapidly a CO concentration that's toxic to humans would reach the inside of the chamber.

They found dangerous levels of CO gas permeated through all the tested wallboards, regardless of thickness, and including double-layer and painted drywall. A CO concentration of 100 parts-per-million (ppm) is toxic to humans, but the researchers found concentrations of up to 500 ppm that filled the chamber in as little as seven minutes in one of the trials. In other tests, CO reached the poisonous level in anywhere from 17 to 96 minutes; diffusion of gas through painted drywall took longer.

The authors wrote that a CO molecule has a far smaller diameter than pores found in drywall, so "it is not surprising that it could easily travel through a pore 1 million times its size."

They say homes in states with carbon monoxide exemptions may be at risk. "Exempting residences without internal CO sources from the legislation mandating CO alarms may put people in multifamily dwellings at risk for unintentional CO poisoning," the authors concluded.

The most common symptoms of CO poisoning include headaches, dizziness and nausea. Loss of consciousness, being very confused and experiencing chest pain may occur at high levels of exposure. Even after the person is treated, a patient may experience delayed neurocognitive symptoms like movement disorders and memory loss that persist for months or even a year.

"What this study tells me is that carbon monoxide does not stay put in a building, that the barriers between apartments or condos will slow down carbon monoxide, but do not stop it," Dr. Eric Lavonas, associate director of the Rocky Mountain Poison and Drug Center in Denver, told HealthDay. He was not involved in the study.

"Therefore, the best way to protect your family is to have a working carbon monoxide alarm in your home," said Lavonoas.

The CDC adds that to prevent carbon monoxide poisoning, never use a gas range or oven to heat a home following a power outage, and never run a generator in an enclosed space like a basement or garage -- even if the doors or windows are open -- unless a professional installed and vented it.

Last Nov., health officials warned people in the wake of superstorm Sandy to protect themselves against carbon monoxide poisoning, because many affected homes were using gas generators due to power outages.

The CDC has more information on how to prevent carbon monoxide poisoning.