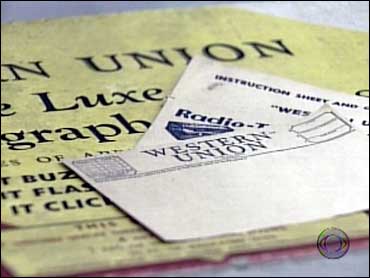 Last week, the Arizona Cardinals nearly pulled off one of the greatest comebacks in NFL history. This week, they almost yielded one.

"We should all be happy. it was like -- phew!" said Arizona quarterback Jake Plummer, taking the kind of deep breath needed after a game involving 87 points and 857 total yards. "We survived. They just kept coming at us. You can't get tired of games this exciting."

Seriously, the Cardinals aren't used to looking up at the scoreboard and seeing a 31-0 lead in the second quarter, so maybe they didn't know how to handle it. They let the Washington Redskins close to 38-35 before Plummer's third touchdown, a 1-yard sneak with 3:49 to play, stopped the second-half collapse to preserve Sunday's 45-42 victory.

"In the nine years I've been here, we haven't had many opportunties to blow away a team like we did today," said fullback Larry Centers, who caught one of Plummer's two touchdown passes. "It was very comfortable on the sidelines. Maybe it was too comfortable because we let them back in the game."

"We need to find a way to put them away. We must add some killer instinct and learn from this."

The victory kept the Cardinals (6-5), who have played four nail-biters in a row -- including a 29-27 victory over Washington and last week's 35-28 loss to Dallas in a game they trailed 28-0 - firmly in the race for their first playoff appearance since 1982.

"It wasn't pretty today," Centers said. "But we kept that alive and tha's a good thing."

"I don't think anybody at halftime thought this would be a three-point game," Washington coach Norv Turner said. "I am proud of the way they competed, stayed in it, and fought. We just dug ourselves too big of a hole."

Plummer's final touchdown gave Arizona a 45-35 lead, but the Redskins made it close when Trent Green drove through Tommy Bennett's tackle to score on a 2-yard bootleg with 1:46 remaining. It was the sixth straight possession in which the Redskins scored.

The subsequent onside kick, the Redskins' second of the game, was recovered by the Cardinals, but they were stopped on fourth-and-1 at the Redskins 32. Washington's comeback hopes ended when Kwamie Lassiter picked off Green's tipped pass with 1:02 to play.

"It's unbelievable we had the lead, but couldn't control the game and finish it out," said Arizona coach Vince Tobin, whose decision to go to a no-huddle offense with a 31-13 lead produced what turned out to be a key touchdown. "I never really felt the game was over."

Plummer, who threw for 465 yards last weeks against Dallas, completed 17 of 28 passes for 251 yards. Plummer has thrown for 774 yards and seven touchdowns in three games against the Redskins.

Among the Plummer highlights: a classic sandlot scramble that bought time for a 9-yard TD pass to Centers in the third quarter.

The Redskins had won two of their previous three, but they reverted to the mistake-prone form of their 0-7 start before mounting a spirited second-half rally that included two fourth-down conversions, a successful third-quarter onside kick, a 2-point conversion and inspiring play by Green, Michael Westbrook and Leslie Shepherd.

Down 31-0 late in the second quarter, they climbed all the way back to trail just 38-35 on Skip Hicks' 5-yard touchdown run on fourth down and Shepherd's 2-point conversion catch with 9:18 to play.

Green completed 30 of 49 passes for 382 yards and a career-high four touchdowns. Westbrook had 10 receptions for 135 yards and three touchdowns, all career highs. Shepherd caught seven passes for 107 yards and one TD.

Arizona had scored only 10 points in the first quarter all season -- none in the last four games -- but a combination of Redskins special teams errors and big plays by Plummer put the Cardinals ahead 17-0 less than 11 minutes into the game.

"We are passed moral victories," Shepherd said. "To lose like that, close game to a team that we lost close to not long ago, is hard. The bottom line is, we lost."