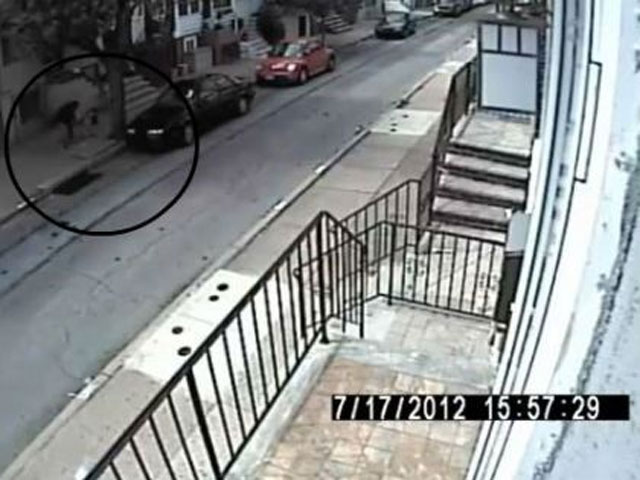 (CBS/AP) PHILADELPHIA - Police have arrested Carlos Figueroa-Fagot in connection with the attempted kidnapping of a 10-year-old Philadelphia girl that was captured on surveillance video.

According to CBS Philly, sources say that clues connected to the car the suspect was seen entering after the attack - a white four-door sedan - led police to Figueroa-Fagot, 33. He is facing multiple charges, including aggravated assault and attempted kidnapping.

The video footage, released by police Wednesday, shows a  man approach the girl from behind in broad daylight as she walked in her neighborhood with her toddler brother on Tuesday. The man puts his hand over the girl's mouth and tries to carry her away. But she struggles and her brother screams.

The attempted abduction lasts only seconds before the man runs to his car and drives off.

"This is a sick individual, to do something like that," said Mayor Michael Nutter. "I want this creep off our streets immediately."

The girl's father, who spoke on condition of anonymity, told CBS Philly that his daughter was walking from her mother's house with her 2-year-old brother when the man approached her. A $10,000 reward had been offered for information leading to the suspect's capture.