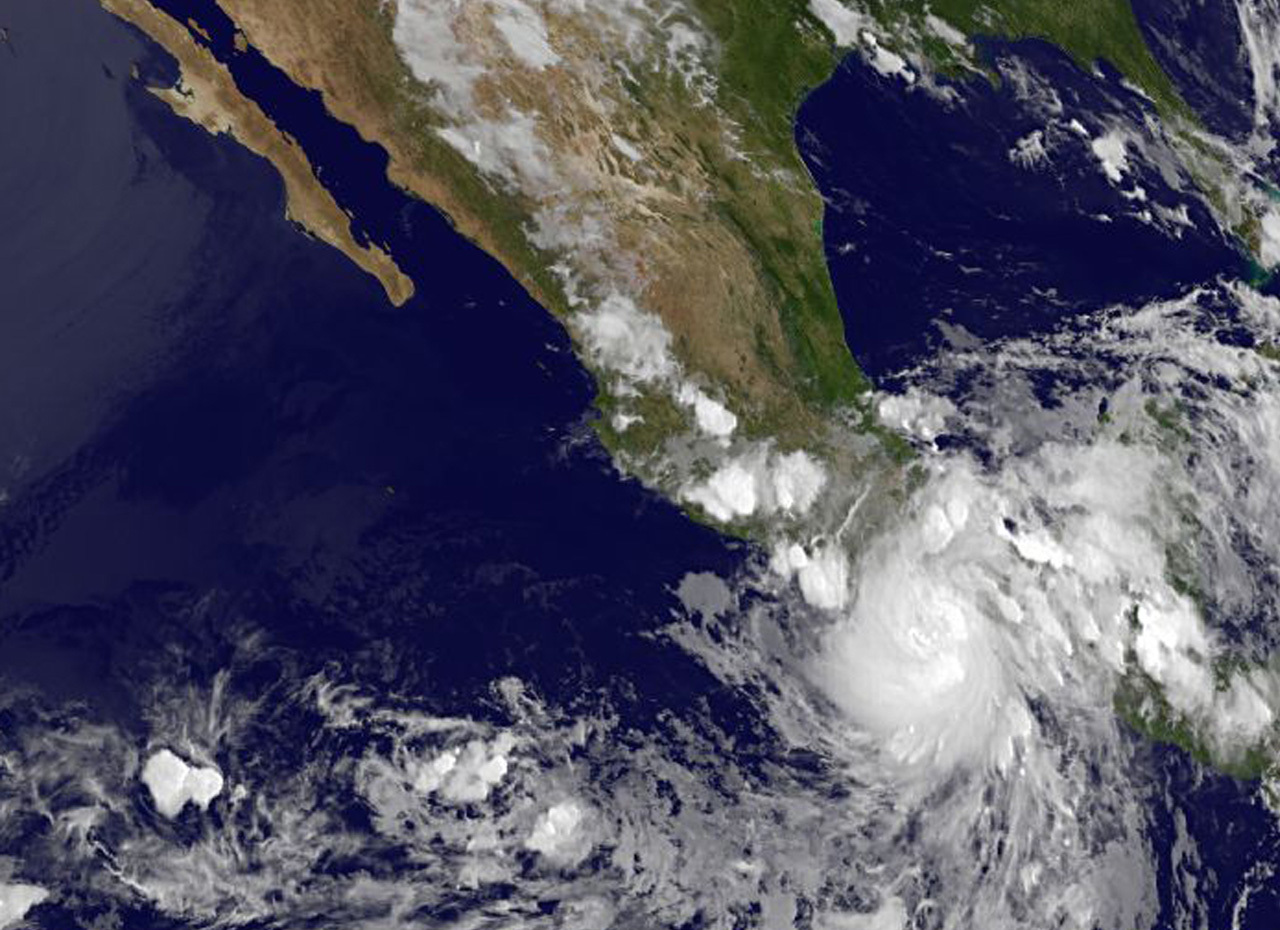 (AP) ACAPULCO, Mexico - Carlotta was downgraded to a tropical depression on Saturday as the system rapidly weakened after killing two young sisters in its march across southern Mexico.

Carlotta on Saturday pushed northward toward the resort city of Acapulco after making landfall near the Mexican beach town of Puerto Escondido in the southernmost part of Oaxaca state, where it toppled trees and shook tourist hotels.

"We don't care about the rain, we're going to have fun at the club," said tourist Alejandra Flores, who took a bus with a friend yesterday from Guadalajara to Acapulco. People in Acapulco were calm and dining in restaurants late Friday.

Earlier Friday, Carlotta had toppled billboards and shattered some windows in Puerto Escondido, a laid-back port popular with surfers, where it reached land as a Category 1 hurricane.

"The wind is incredible and the trees are swaying so much. A window just shattered," said Ernesto Lopez, a 25-year-old engineer who was visiting Puerto Escondido in Oaxaca state for a graduation.

Coral Ocampo, receptionist at the Hotel Careyes, said the wind tore down the skinnier palm trees and she asked guests to return to their rooms and stay there until the storm had passed.

Oaxaca's civil protection service said some roads near the resorts of Huatulco and Pochutla were affected by mudslides, and that authorities had opened emergency shelters and evacuated dozens of families from low-lying areas.

Civil protection service spokeswoman Cynthia Tovar said Saturday that two sisters, aged 13 and 7, died Friday in the Oaxaca state community of Pluma Hidalgo when a mudslide collapsed their home. The storm also washed out some coastal roads, leaving dozens of communities unreachable by land. Thousands of people throughout the state lost electricity and cellular phone service.

Carlotta had strengthened into a powerful Category 2 hurricane earlier Friday and forecasters had expected it to move northward, parallel to the coastline, possibly reaching Acapulco as a hurricane. But instead it moved inland and weakened.

By late Saturday morning, the system's maximum sustained winds were at about 35 mph, and Carlotta was moving west-northwest at 12 mph. It was centered about 50 miles north-northeast of Acapulco.

Ines Vos, a German who has lived on Mexico's coast for 22 years and now runs the Beach Hotel Ines in Puerto Escondido, said she had readied the hotel's generator and stocked up on gasoline and bottled water in preparation for the storm.

"In the morning, a lot of people left, they didn't want to stay because nobody knows how the roads will be" after Carlotta, said Vos, who lived through Hurricane Pauline in 1997. Pauline made landfall at Puerto Escondido with winds of 109 mph, killing at least 230 people along the Pacific coast.

The part of Oaxaca state and neighboring Guerrero state that the storm is passing over is full of mountainous terrain that can experience flash floods under heavy rainfalls. Officials warn that rains could still present a danger.