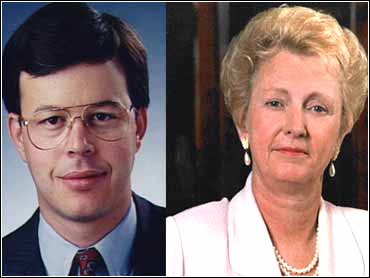 Former Republican Rep. Jim Talent plans to challenge Democrat Sen. Jean Carnahan next year for the seat she was appointed to after her husband was killed in a plane crash.

Talent was to issue a statement Thursday from his St. Louis office announcing his plans to run, a Missouri Republican familiar with his decision said Wednesday.

Talent is forming an exploratory fund-raising committee in preparation for declaring himself a candidate, said the source, who spoke on condition of anonymity.

Rich Chrismer, a spokesman for Talent, would not comment, saying only: "Jim is going to make a statement tomorrow morning regarding his future plans."

Mrs. Carnahan, 67, holds the Senate seat won posthumously last year by Gov. Mel Carnahan. She must run next year if she wants to complete the six-year term.

Though she has not made her candidacy official, Mrs. Carnahan has raised more than $2.3 million for the race, according to reports filed this week with the Federal Election Commission. As of June 30, she reported nearly $1.8 million in cash on hand.

Carnahan died in a plane crash three weeks before the Nov. 7 election. His name could not be removed from the ballot and he defeated John Ashcroft, the Republican incumbent, by more than 48,000 votes.

Mrs. Carnahan was appointed to serve until the next general election, in 2002.

By LIBBY QUAID
©MMI The Associated Press. All Rights Reserved. This material may not be published, broadcast, rewritten, or redistributed