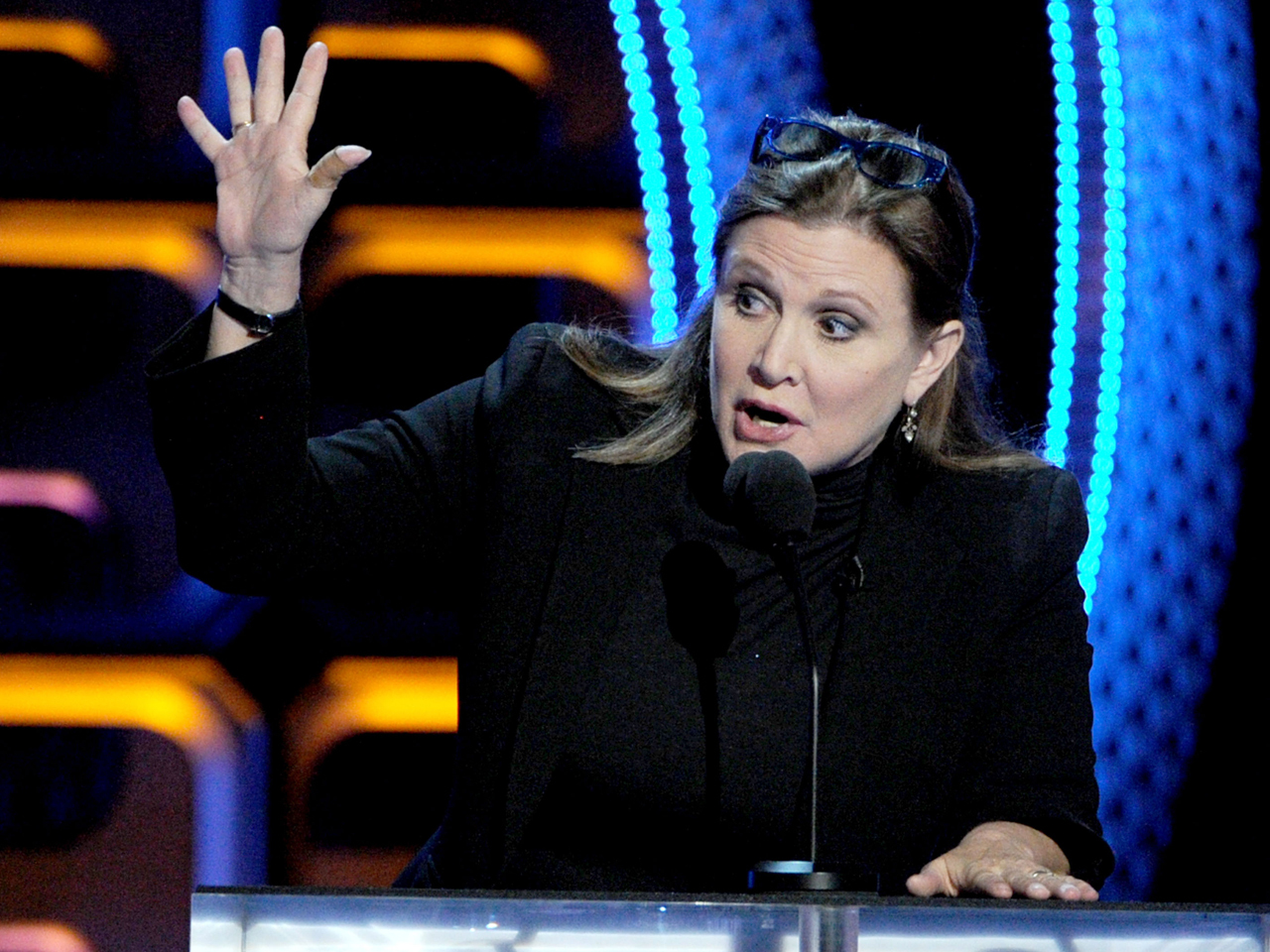 Carrie Fisher has said she'll reprise her role as Princess Leia in the next "Star Wars" film.

When asked point-blank during an interview with Palm Beach Illustrated if she is participating in "Star Wars: Episode VII," the actress responded: "Yes."

However, a rep for the actress says she wasn't being serious. "She was joking," the told CNN about Fisher's comment. "Nothing has been announced."

In the Palm Beach Illustrated interview, Fisher also joked about what her famous character might be like now:

What do you think Princess Leia is like today?
Elderly. She's in an intergalactic old folks' home [laughs]. I just think she would be just like she was before, only slower and less inclined to be up for the big battle. And still wearing the bagel buns?
The bagel buns and the bikini, because probably she has sundowners syndrome. At sundown, she thinks that she's 20-something. And she puts it on and gets institutionalized.

There has been much speculation about whether the original leads would return for Disney's new,J.J. Abrams-directed "Star Wars" film, the first installment in a planned trilogy. Harrison Ford is reportedly set to reprise his role as Han Solo, and Mark Hamill told ETOnline last month: "They're talking to us. George [Lucas] wanted to know whether we'd be interested."

"Star Wars: Episode VII" is scheduled to be released in 2015.