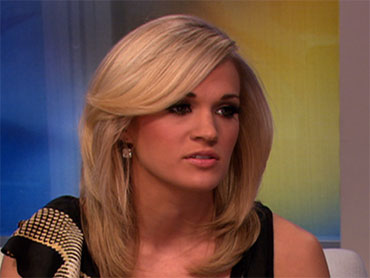 Since her victory on "American Idol" in 2005, Carrie Underwood has won five Grammy awards and just yesterday earned her 12th No. 1 hit for her new single "Temporary Home."

She shows no sign of slowing down this year. The Oklahoma native is up for six Academy of Country Music awards, has just finished working on a new film "Soul Surfer" and is planning her upcoming wedding to hockey player Mike Fisher of the Ottawa Senators. Add to all that a highly-anticipated tour she launched just this month.

But Underwood is taking some time out to help out man's best friend.

The singer has teamed up with Pedigree for the sixth annual Pedigree Adoption Drive in New York, created to bring awareness to the nation's homeless dogs.

Underwood has always been an animal lover. She grew up volunteering at a veterinary clinic in her hometown, where her parents still volunteer. But Underwood wasn't just a domesticated animal person. She loved any critter she could get her hands on. In fact, she told "Early Show" substitute co-anchor Jeff Glor that she once took home a wild baby bunny that she accidentally let loose in her parents' house for weeks.

Today, Underwood has a dog of her own named "Ace" that she brings on tour with her.

"I go everywhere with him," she said.

As for Underwood's other love, her fiancé, Fisher, she says she's ready to be a wife attending his hockey games.

She said, "Hopefully, I'll just be one of the wives."

But is it a big to-do when she goes to games?

Underwood says the more she goes, the less she's noticed.

However, Underwood is being noticed by Hollywood. For more on her upcoming film and television projects, click on the video below.