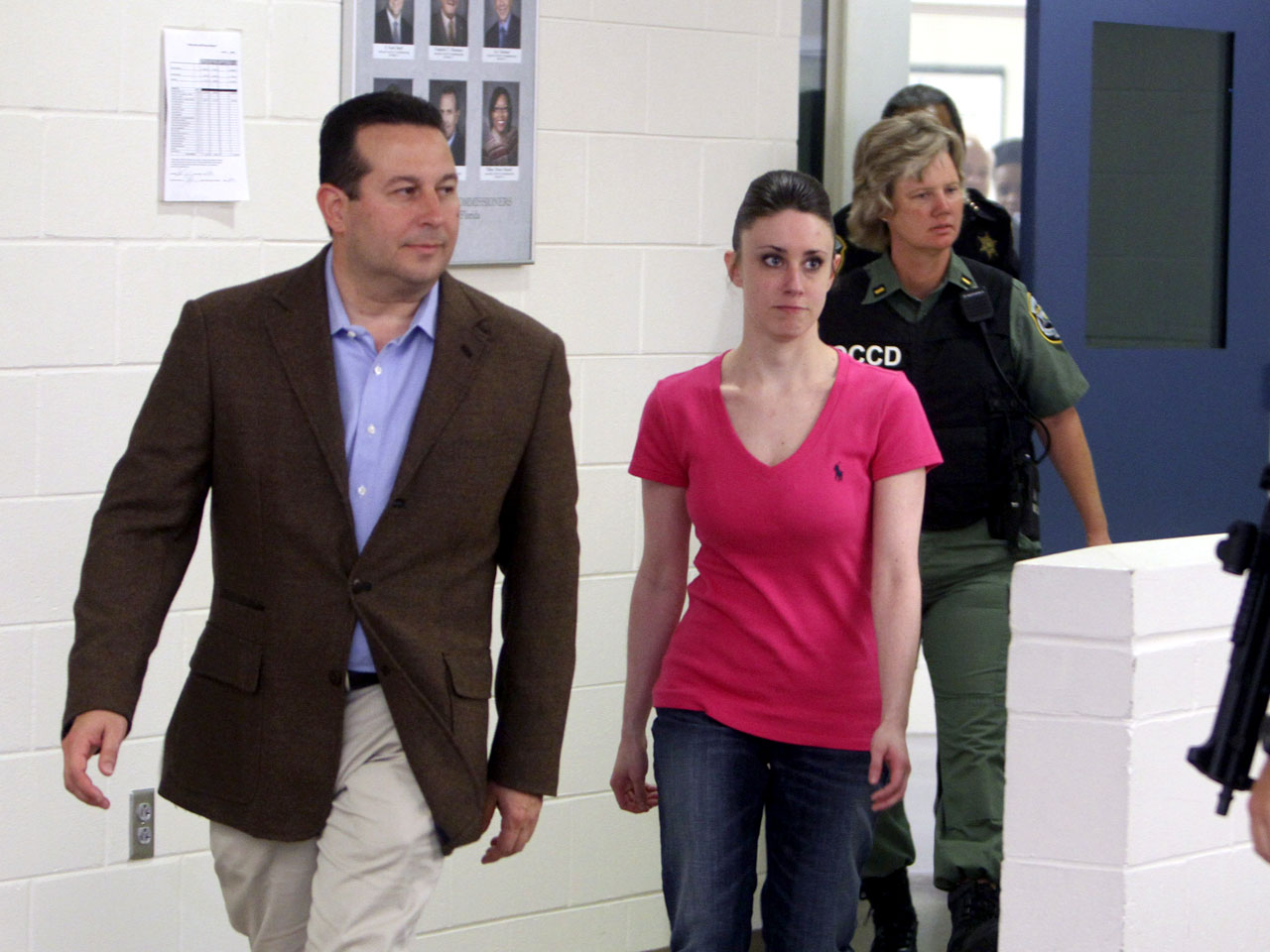 (CBS) One year ago today, Jose Baez stood beside his client, Casey Anthony, in a Florida courtroom and waited for a jury to announce her fate. If found guilty of murdering her two-year-old daughter, Caylee, Anthony could face the death penalty. But she was spared. Just over three years after Caylee had disappeared, her mother was acquitted of murdering her.

On Thursday, Baez sat down with Crimesider to talk about what he calls "bombshell" evidence that was never revealed at trial, but which he writes about in his newly released book, "Presumed Guilty - Casey Anthony: The Inside Story." On June 16, 2008, the last day Caylee was seen alive, Baez says someone did a search on the Anthony family computer for "foolproof suffocation" and clicked onto a link for "venturing into the pro-suicide pit."

The defense's theory of how Caylee died was that the little girl drowned in the family pool on June 16 while both Casey and her father, George Anthony, were at home.

Baez readily admits that it's impossible to put anyone specific at the computer, but, he wonders in the book, could the search have been done by George, who in January 2009 actually did attempt suicide? The search, according to Baez, was done at 1:50 p.m. - that's an hour after Casey left home, according to what George Anthony told police.

Stay tuned to Crimesider for more of our interview with Jose Baez on Friday.