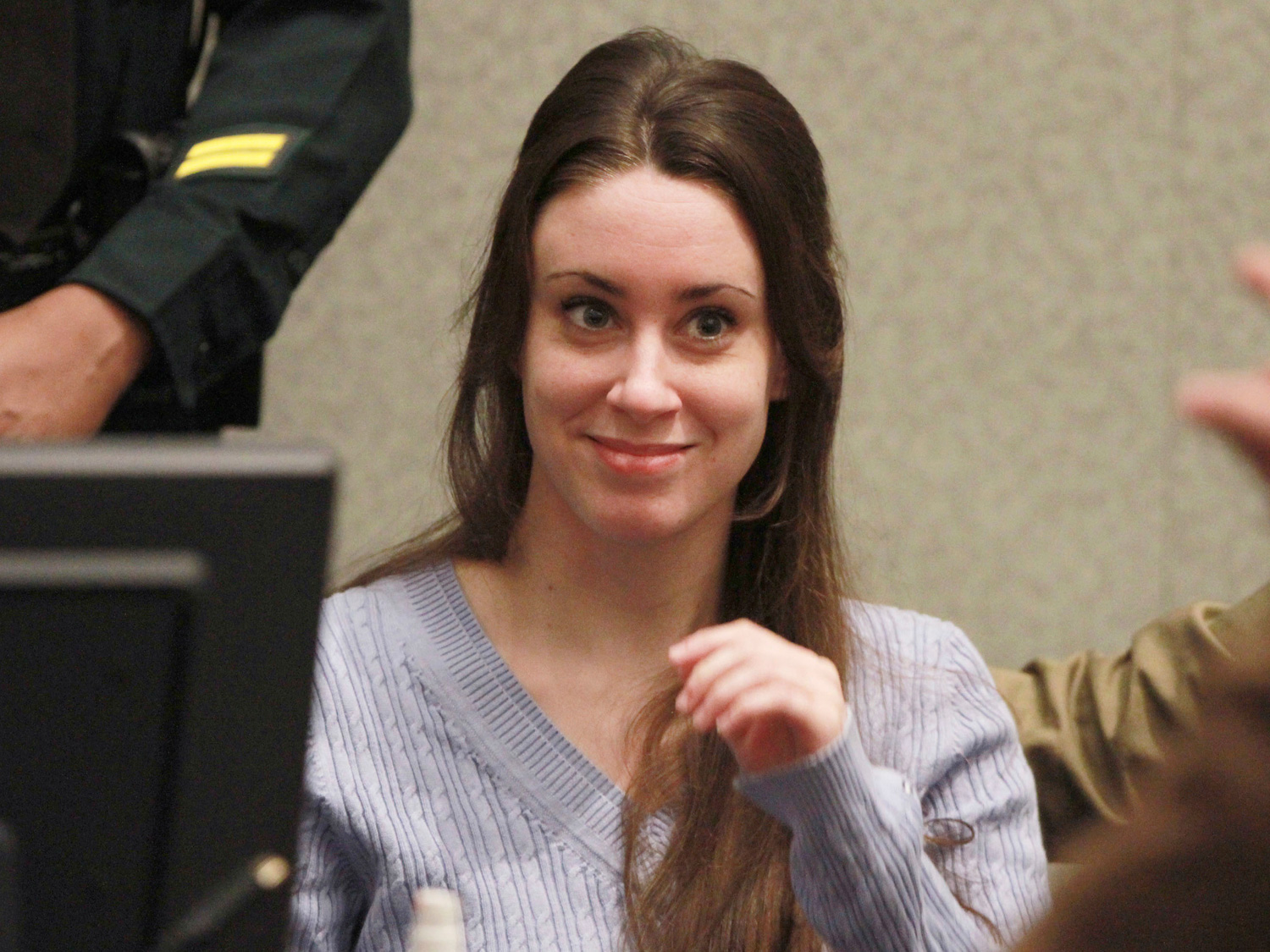 (CBS/AP) ORLANDO, Fla. - It was July 5, 2011, when a jury acquitted Florida mother Casey Anthony of first-degree murder in the death of her 2-year-old daughter, Caylee.

Almost one year later, Crimesider gets you caught up with some of the key players in the sensational trial.

Casey Anthony: Anthony was acquitted of murder charges in July 2011, but was found guilty of four misdemeanor counts of providing false information to a law enforcement officer, including claiming she had left Caylee with a baby sitter.  A judge sentenced Anthony to one year in county jail and $1,000 in fines for each of the four misdemeanor counts. With credit for time served, she was released on July 17, 2011. In his book, "Presumed Guilty, Casey Anthony: The Inside Story," her attorney, Jose Baez, wrote that Anthony's first meal out of jail was a cheeseburger, fries and milkshake from Steak `n Shake.

On August 25, 2011, Anthony reported to the Florida Department of Corrections to serve one year of probation on a check fraud conviction from January 2010 - she was found guilty of stealing checks from her friend Amy Huizenga.

On June 5, 2012, The New York Post reported Anthony was the "most hated person in America," according to an online poll. The Post also reported that Anthony wanted to move to Costa Rica as soon as her probation is over, citing its "warm tropical setting" and "extremely low" cost of living, as well as her desire to put as much distance as possible between her and the Sunshine State.

Anthony largely dropped out of the public spotlight after her acquittal. She broke her silence by chatting with CNN's Piers Morgan on June 12, 2012. Anthony said she was not responsible for Caylee's death, saying her daughter was her "greatest accomplishment" and "there's nothing in this world I've ever been more proud of." She also explained that she lied to authorities about Caylee's disappearance because she "didn't trust law enforcement," which she said was due to her relationship with her father, who had been a sheriff's deputy.

Anthony faces a civil trial on behalf of Zenaida Gonzalez, the woman who shares a name with the fictitious babysitter Anthony initially claimed had kidnapped her daughter. The trial is slated to start in January 2013.

Jose Baez, Anthony's lead attorney: Baez's book, "Presumed Guilty, Casey Anthony: The Inside Story," is scheduled to be released Wednesday, July 4. In it, he says that when Anthony led detectives on a wild goose chase, taking them to Universal Studios where she falsely claimed she worked, detectives "should have stopped and realized, 'Wait a minute, we're not dealing with someone who is playing with a full deck."'

He also writes that investigators "should have realized that Anthony created a fantasy world in her mind and her lies weren't evidence of guilt, but signs of some other 'serious mental health issues.'"

Since the trial, Baez has made several appearances on television including HLN's Dr. Drew on May 14, 2012 and The Today Show on Aug. 3, 2011. He also told People magazine "Casey will not financially benefit from this book in any way, shape or form .... This is my story, not hers."

In November 2011, Ashton own account of the trial was published in a book titled, "Imperfect Justice: Prosecuting Casey Anthony," in which he took direct aim at Anthony's defense attorneys, specifically Jose Baez, whom he wrote that he genuinely dislikes, according to The Associated Press. Ashton said Baez was careless with the facts, unmindful of deadlines and encouraged Anthony to be uncooperative with detectives searching for her daughter.

Ashton's book is to be turned into a Lifetime Movie, "Prosecuting Casey Anthony," starring Rob Lowe as Ashton. The movie is expected to be released next year.

Cindy and George Anthony, Casey Anthony's parents. Estranged from Casey, Anthony's parents reportedly haven't seen their daughter since the trial. In their first interview since her acquittal, the couple spoke with Dr. Phil McGraw, which aired in his show's 10th season premiere on September 12, 2011. The two were divided over whether they thought Casey was responsible in Caylee's death. George Anthony said that while he did not want his daughter to end up on death row, he was disappointed that she was not convicted on felony charges related to his granddaughter Caylee's death. The couple told McGraw that during the 31 days they went without seeing Caylee prior to her disappearance, they thought Casey was keeping their granddaughter from them out of spite.

Roy Kronk, Fla. meter reader who found Caylee Anthony's remains. Shortly after Casey Anthony's acquittal, Kronk filed several defamation lawsuits. Kronk sued Anthony on Dec. 21, 2011 for "false and defamatory" statements against him including that he was Caylee's killer and that he played a role in placing the body, even though Anthony claimed that her daughter drowned in the family pool, the Orlando Sentinel reported. Kronk also sued the National Enquirer for a "false and misleading" article that ran on December 9, 2009 which headlined "Meter reader killed Caylee," with the rest of the headline saying "Casey Anthony says" in smaller type, the Sentinel reported.