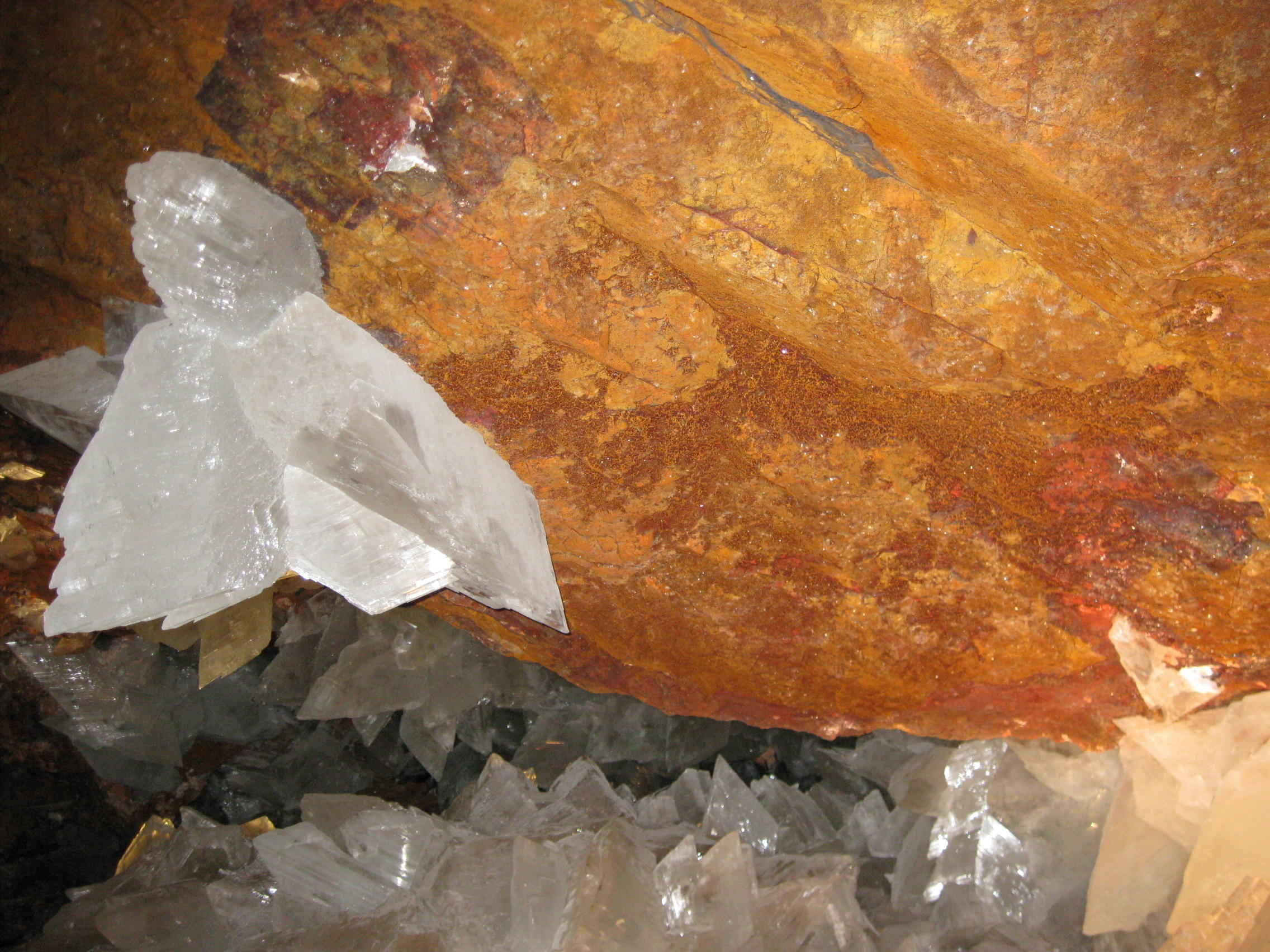 In a Mexican cave system so beautiful and hot that it is called both fairyland and hell, scientists have discovered life trapped in crystals that could be 50,000 years old.

The bizarre and ancient microbes were found dormant in caves in Naica, Mexico, and were able to exist by living on minerals such as iron and manganese, said Penelope Boston, head of NASA’s Astrobiology Institute.

“It’s super life,” said Boston, who presented the discovery Friday at the American Association for the Advancement of Science conference in Boston.

If confirmed, the find is yet another example of how microbes can survive in extremely punishing conditions on Earth.

Though it was presented at a science conference and was the result of nine years of work, the findings haven’t yet been published in a scientific journal and haven’t been peer reviewed. Boston planned more genetic tests for the microbes she revived both in the lab and on site.

The life forms — 40 different strains of microbes and even some viruses — are so weird that their nearest relatives are still 10 percent different genetically. That makes their closest relative still pretty far away, about as far away as humans are from mushrooms, Boston said.

The Naica caves — an abandoned lead and zinc mine — are half a mile (800 meters) deep. Before drilling occurred by a mine company, the mines had been completely cut off from the outside world. Some were as vast as cathedrals, with crystals lining the iron walls. They were also so hot that scientists had to don cheap versions of space suits — to prevent contamination with outside life — and had ice packs all over their bodies.

Boston said the team could only work about 20 minutes at a time before ducking to a “cool” room that was about 100 degrees (38 Celsius).

NASA wouldn’t allow Boston to share her work for outside review before Friday’s announcement so scientists couldn’t say much. But University of South Florida biologist Norine Noonan, who wasn’t part of the study but was on a panel where Boston presented her work, said it made sense.

“Why are we surprised?” Noonan said. “As a biologist I would say life on Earth is extremely tough and extremely versatile.”

This isn’t the oldest extreme life. Several years ago, a different group of scientists published studies about microbes that may be half a million years old and still alive. Those were trapped in ice and salt, which isn’t quite the same as rock or crystal, Boston said.

The age of the Naica microbes was determined by outside experts who looked at where the microbes were located in the crystals and how fast those crystals grow.

It’s not the only weird life Boston is examining. She is also studying microbes commonly found in caves in the United States, Ukraine and elsewhere that eat copper sulfate and seem to be close to indestructible.