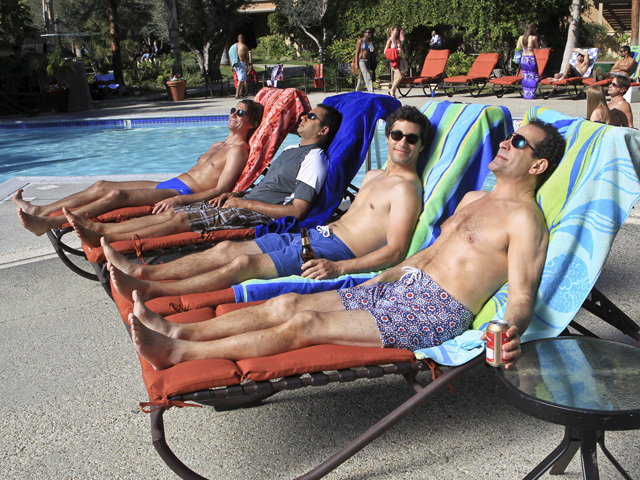 The bachelors are packing it in.

After just two episodes, CBS has decided to cancel its freshman sitcom, "We Are Men," starring the all-star cast of Tony Shalhoub, Jerry O'Connell, Kal Penn and Chris Smith.

"We Are Men" was plagued by poor reviews and failed to gain traction with viewers.

Penn, for one, had high hopes for the series but admitted he was worried about the show getting canceled. He told CBSNews.com that O'Connell had calmed his nerves a bit: "Jerry has taught me to just relax...You talk to Jerry and he's like, 'You need to relax. You need to enjoy this. Either it's going to get canceled, or nine years will go by and it will end, and in both cases if you don't relax, you're not going to enjoy it.' I'm like, 'You know what? I like this Jerry O'Connell.'"

Perhaps Penn will take on another "Harold & Kumar" movie now that the series is no longer. He told us he'd love to do another one, saying, "John Cho and I joke that you could do the next one eight years from now or 40 years from now -- and we can be in a nursing home, I don't know. I would welcome that kind of character stability."