Although little has changed substantially in the last few days in Americans' opinions about impeachment, more Americans are concluding that a House vote to impeach President Clinton is likely.

On Sunday, only 31 percent thought the outcome in the House would be impeachment. By Tuesday, 43 percent of those interviewed said impeachment was the likely outcome, an increase of 12 points. Still, even yesterday, the majority of Americans are not expecting an impeachment vote. And, 51 percent think there will be either a compromise or the matter will be dropped.

There continues to be a significant portion of the public that does not understand what impeachment in the House means. Thirty-one percent of those interviewed over the three days of the survey say they think a House vote to impeach President Clinton automatically means he would be removed from office. Fifty-two percent give the correct answer, but another 17 percent say they're not sure what impeachment means. There was little change in this question from day to day.

There is still great opposition to impeachment and to forcing the president to leave office. Sixty-four percent say the charges are not serious enough to warrant impeachment and removal from office. And 62 percent want the House to vote against impeachment. [Even a majority of those who live in districts represented by Republicans says this.]

But most want President Clinton punished in some way. Fifty-nine percent say they would not be satisfied if the matter were dropped and that Mr. Clinton needs to be formally punished in some way. The most popular punishment is censure [54 percent favor that]. Even among Democrats, 43 percent want some formal punishment of the president. Fifty-three percent of Democrats would support censure.

Sixty-eight percent continue to say Mr. Clinton can still be an effective president, and 65 percent approve of the way he is doing his job.

Should the president be charged and prosecuted for perjury and obstruction of justice after he leaves office? The answer depends on what other action has been taken first. For part of this poll, respondents were divided randomly and each half of the sample was asked a slightly different question.

When the outcome of the impeachment situation is left unstated, and the possibility of punishment by impeachment and removal from office remains, then only 33 percent support federal prosecution after the president leaves office. However, when the question is asked with the explicit statement that the president has not been removed from office and finishes his term, 46 percent support prosecution; 47 percent do not.

With the House impeachment vote this week, we asked randomly selected samples orespondents for part of the survey two different resignation questions. One included an explanation of what an impeachment vote meant (sending the matter to the Senate for a trial), and one question did not.

Respondents were reminded of what impeachment was in this question: "If the full House votes to send impeachment articles to the Senate for a trial, then do you think it would be better for the country if Bill Clinton resigned from office, or not?" In interviews in the last two days, 43 percent said in that case he should resign, while 53 percent said he should not.

As noted above, just under half the public isn't clear about what impeachment actually is. And that may go a long way in explaining why these last two resignation questions get very different results. If a person thinks that impeachment means the president would automatically be removed from office, it would seem logical to some that he resign before that happens.

There is concern about the impact a Senate trial would have on the country. Fifty-nine percent say it will have a serious negative impact. And now, 40 percent say the whole matter is of great importance to the nation.

While many Americans say they care a lot about what happens, there appears to be more intensity and more vocal expression of opinion among those who favor impeachment than among those who oppose it.

Overall, 65 percent of mericans say they care a lot about what happens. But that figure rises to 73 percent among those who favor a vote to impeach. Those who favor impeachment are also more likely to say the matter is of great importance to the country. Impeachment supporters are also slightly more likely to say they have expressed their opinion to a member of Congress or written a letter to a newspaper.

This poll was conducted among a nationwide random sample of 1,666 adults interviewed by telephone December 13-15, 1998. The error due to sampling could be plus or minus two percentage points for results based on the entire sample.

Discounts of more than $150 are available on some sets — here's what the retailer is offering. 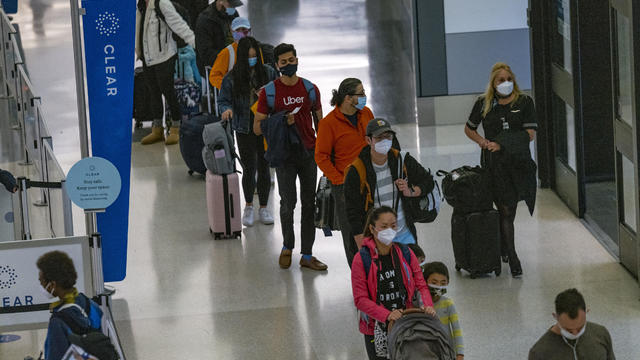 American travelers should now be tested three times for coronavirus, in addition to isolating, while traveling abroad.

Democrats and Republicans in Congress have been at a stalemate for months over a new stimulus package.

Buyer beware: Not everything is buying as the holiday season revs up after Thanksgiving.