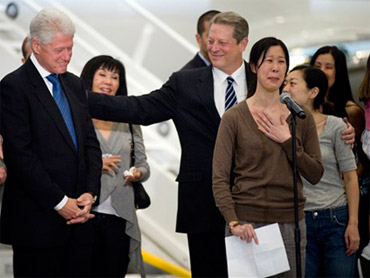 Everybody does love Raymond — at least for another season. CBS sealed a deal Sunday to bring Ray Romano's Emmy-winning comedy "Everybody Loves Raymond" back for a ninth and final season, though only for 16 new episodes.

"I look forward to being a hapless, sexless husband again in year nine," said Romano, a producer and star of the show.

The Monday night comedy featuring Romano and his dysfunctional family won the 2003 Emmy for best comedy. The additional year was widely expected. Terms of the deal were not disclosed.

Most television shows make about 22 episodes a year.

Romano reportedly made about $1.8 million per episode this season. Brad Garrett, who plays Romano's brother in the series, held out for more money before filming started for this season. The other cast members, Patricia Heaton, Peter Boyle and Doris Roberts also reached new deals for more money with the network last summer.

With "Friends," "Frasier" and "Sex and the City" all calling it quits this season, the deal gives "Everybody Loves Raymond" a victory lap where it won't be overshadowed by other comedies. "Raymond" also will be the highest-rated returning sitcom, a program genre in need of a transfusion of new talent.

Executive producer Phil Rosenthal said it was important to maintain quality and make sure the show had not overstayed its welcome.

"Emotionally, we never want the show to end, but everything must," Rosenthal said. "We look forward to these remaining episodes as a few encores and a few more meals with our staff."

He and Romano realized they had more stories to tell, he said.

Romano, in a 2001 interview with The Associated Press, said he recalls sitcoms that overstayed their welcomes and had sour last years that spoiled memories of the show.

"Of course, they'll try to persuade me (to stay) with another reason, called money," Romano said. "They'll back up the truck, my wife is going to see it, and she's going to drive me to work."

This week, broadcast networks announce their fall schedules in a series of presentations to advertisers, who will then decide to buy about $9 billion worth of commercials. CBS announces its schedule on Wednesday.