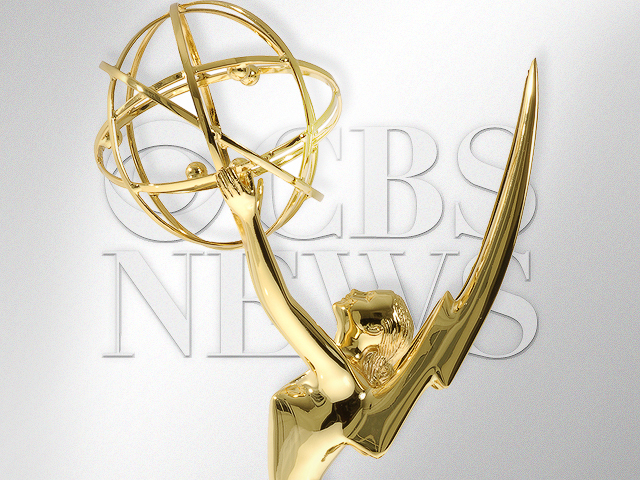 "CBS Evening News," "60 Minutes," "CBS Sunday Morning," and "CBS This Morning" all played host to Emmy Award-winning reports in 2012. In all, CBS took home 12 News Emmys, the most of any network.

The award-winning reports covered a wide range of topics: from Seal Team 6 to congressional lobbying to Glen Campbell's farewell tour to the front lines of Syria's civil war.

Below find links to the original reporting awarded with Emmys this year.

Winner of the Business Reporting award for a TV news magazine

High joblessness in the home of U.S. space flight

This "60 Minutes" piece takes a look at the impact the shuttering of the space shuttle program had on the Florida communities that served it.

When the last space shuttle took off from the Kennedy Space Center in Florida in July 2011 -- when the crowds left and 7,000 space center workers lost their jobs -- what happened to Brevard County, Florida? Scott Pelley tells the story of a county struggling with the loss of its largest employer, and of former shuttle workers who miss both the paycheck and the deep pride they had in their work.

Joy in the Congo

Joy in the Congo: A musical miracle

This "60 Minutes" piece takes a look at the creation and vibrant life of an unusual symphony orchestra in a war-torn country.

"Joy in the Congo" seems an unlikely -- even impossible -- title for a story from the Congo, considering the searing poverty and brutal civil war that have decimated that country. Yet in Kinshasa, the capital city, we found an unforgettable symphony orchestra -- 200 singers and instrumentalists defying the poverty, hardship, and struggles of life in the world's poorest country...and creating some of the most moving music we have ever heard. Follow Bob Simon to the Congo to hear the sounds and stories of the Kimbanguist Symphony Orchestra.

Exposing the Business of Congress

Winner of the Investigative Journalism award for a newscast

Behind the closed doors of Washington lobbyists

This "CBS This Morning" and "CBS Sunday Morning" piece takes a look at the impact money has on the business of running the country in Washington D.C.

Members of Congress are widely regarded as the nation's shakers and movers. But behind them, unseen, are a powerful force of lobbyists shaping everything from the national dialogue to the actual laws Americans will have to follow. Sharyl Attkisson gives us a rare and exclusive peek behind the sometimes shadowy lobbyists' curtain in Washington, D.C.:

Winner of the Business Reporting award for a newscast

Dr. Jon LaPook submits a series of reports on a critical healthcare issue

In several pieces, Dr. Jon LaPook examined the critical shortage of cancer drugs in America. Dr. LaPook interviewed manufacturers, physicians, patients and politicians to examine the potential remedies for the problem and understand the scope of the impact.

Below is a sampling of the reporting:

Winner of the Continuing Coverage award for a TV news magazine

This "60 Minutes" piece takes viewers to the front lines of the war that began in Syria in 2011.

Firsthand accounts from places like Aleppo in Syria are rare, so "60 Minutes" decided to take viewers to the front lines with the help of correspondent Clarissa Ward. Some of what she saw -- and of what you can see in the story -- is disturbing.

Before the legendary Glen Campbell appeared at last year's Grammy Awards to be honored with a lifetime achievement award - his sixth Grammy - Anthony Mason joined him on tour for a "CBS Sunday Morning" profile. The tour was unfortunately scheduled to be his last.

Bearing both the Medal of Honor and trauma

Starting over after a traumatic event is never an easy task, not even for a young man this nation honors as a hero. This "CBS Sunday Morning" cover story was reported by CBS News national security correspondent David Martin:

Scott Pelley reports the story of a former member of SEAL Team 6, known by the pseudonym Mark Owen, as he recounts the raid that killed the former al-Qaeda chief, Osama bin Laden.

The fight for Idlib

Winner of the Breaking News award for a newscast

Rebels willing to die for democracy

The Assad dictatorship banned independent reporting, but Clarissa Ward got to the battle lines to report on opposition fighters. While rebels with no military training were up against a sophisticated army, the fighters said there was no turning back after 40 years of repression.

On The Road: The Longest Wait

Shared the award for Best Story in a newscast

Tour guides at the American cemetery in Normandy, France, had been telling the story for years: a widow of a World War II airman who, on occasion, still visited her husband's grave. But after weeks of digging through documents and talking with family, Steve Hartman learned Peggy Harris' devotion was only a small part of the story.