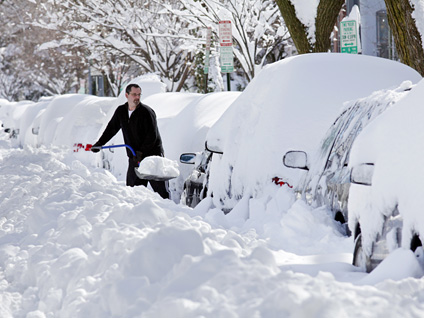 CBS is offering Rob Lowe as a doctor, Jason Alexander as a sportswriter and John Goodman as a family patriarch in new series that will debut this fall.

The network will also set up a battle of the franchises, pitting its spinoff series "CSI: NY" against NBC's "Law & Order" Wednesday nights at 10 p.m.

CBS, the nation's most popular network this season, will introduce three new dramas and two comedies next season, it announced Wednesday.

Alexander will be the latest "Seinfeld" alum to try and succeed in a new comedy. In "Listen Up," he'll play a character based on Washington Post sportswriter Tony Kornheiser. The show was placed on CBS' successful Monday night comedy lineup.

Lowe, who failed last year as a lawyer in NBC's short-lived "The Lyon's Den," will play a doctor at a Las Vegas casino in "Dr. Vegas."

"It's a traditional medical show during the day and during the night, he sleeps with chorus girls and gambles," said CBS Chairman Leslie Moonves. "What could go wrong with that?"

In "Center of the Universe," Goodman plays a security company owner with Ed Asner portraying his father, Olympia Dukakis his mother and Jean Smart his wife.

CBS is canceling the dramas "Hack," "The District" and "The Guardian." The comedy, "Yes, Dear" is off the schedule, but CBS has ordered 13 episodes for a midseason replacement.

After trying, with limited success, to build an audience with dramas on Saturday nights, CBS will save money on that night by programming the newsmagazine "48 Hours Mysteries," the reality show "The Amazing Race" and reruns of one of the "CSI" shows.

With "60 Minutes" founder Don Hewitt stepping down, CBS is stripping the "II" from the Wednesday spinoff, "60 Minutes II."

Besides "CSI: NY," the other new series will be "Clubhouse,"
a feel-good drama about a 16-year-old boy who becomes a batboy for the mythical New York Empires.