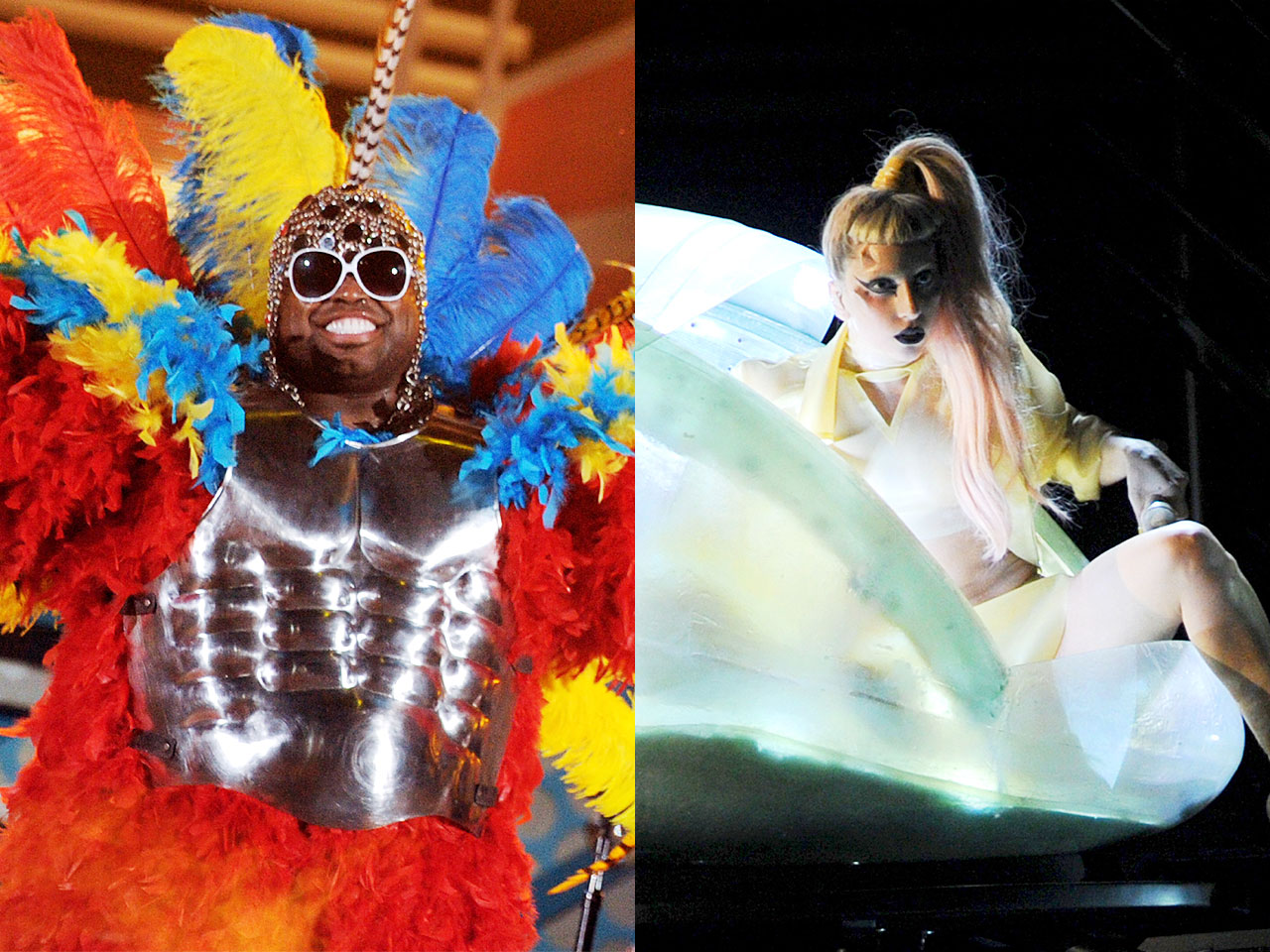 Gaga, of course, was the hands on favorite after her meat dress monstrosity at the MTV Music Awards last year. Some loved it. Some hated it. Cher had to hug it. Everyone noticed it and God help the dry cleaner who had to deal with it.

At the Grammys Sunday night, Gaga came strong, rolling onto the red carpet encased in a creamy off white egg which was carried by four pall bearers. She later "hatched" onto stage. Well played Gaga.

But Cee Lo Green came ready to party, wearing a giant bird-like Muppet costume with giant plumes of red,  yellow and blue feathers, a shiny metal chest plate and sparkling head piece. If "Fraggle Rock" and the movie "300" had a baby that got hit with nuclear radiation, it would probably look a lot like this.

Green also had a backdrop of music-playing Muppets and Gwyneth Paltrow, clad in slinky black top and stretch pants, serenading him on top of his Elton John-esque piano.

Not bad for a new comer.

WHAT DO YOU THINK?
Who rocked the best costume Lady Gaga or Cee Lo Green?