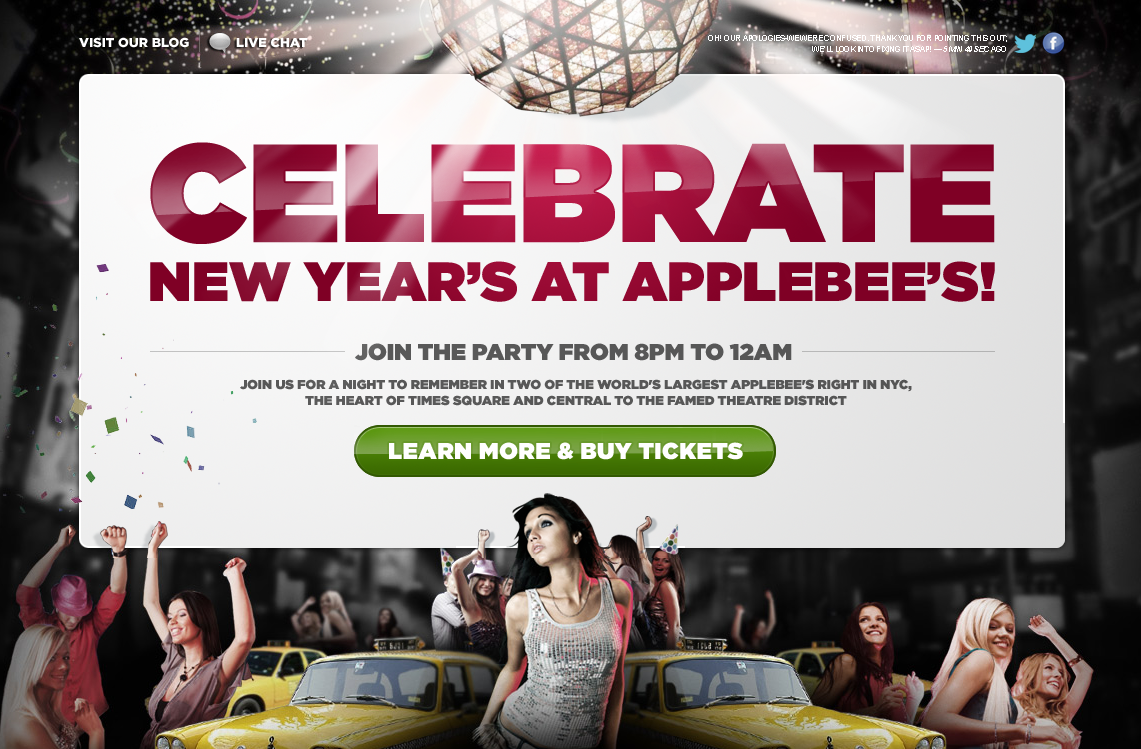 NEW YORK - Going to Times Square for New Years Eve is a notoriously difficult task, with an estimated 1 million people expected to pour into midtown Manhattan for the ball drop. But it’s possible to enjoy the festivities without the crowds, the cold or even the wait.  That is, if you’re willing to pay.

Chain restaurants in the Time Square “lockdown zone” are offering VIP packages this New Years Eve. The two Applebee’s restaurants located near the ball drop are offering entry at $375 a head according to spokesperson Dan Smith, or $250 if you’re under 12.

You read correctly: this is the restaurant known for two-for-$20 deals and spinach dip.Where the most expensive menu item is a $28-dollar steak and you're more likely to see a forgotten high school teacher than a celebrity.

The “NYE Extravaganza” at Applebees will include an all-you-can-eat buffet, a champagne toast at midnight, a live DJ spinning tracks until 2014, and most importantly, a bathroom. The celebration lasts from 8 p.m. until midnight.

Tickets are still available, though physically seeing the ball drop is not guaranteed, according to the website.

While these VIP packages are grabbing attention this year, this is not the first time they are available. According to Dan Smith, the Applebees NYE extravaganza has been offered for “about ten years.”

If Applebees is out of your price range – a phrase you never thought you'd hear –  VIP entry only costs $299 at nearby TGI Fridays.

Bubba Gump Shrimp is jumping on the bandwagon as well. But according to their site, VIP admission to the restaurant, which boasts spectacular views of times square, is already sold out at $675 each.