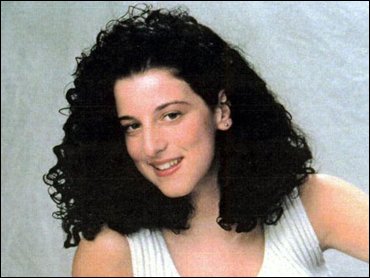 Nearly 10 years after the Chandra Levy murder case dominated headlines in Washington and around the nation, a jury has finally brought some resolution to the grisly mystery.

After four days of deliberation, a jury on Monday convicted Ingmar Guandique of first-degree murder for attacking Levy while she was jogging in Washington's Rock Creek Park in May 2001. Levy's tragic disappearance gripped Washington after reports surfaced the 24-year-old former intern was having an extramarital affair with then-Rep. Gary Condit (D-Calif.). The congressman was a suspect in the case, but police no longer believe he was involved in Levy's disappearance or murder. He was nevertheless left with his reputation tarnished.

"The summer of 2001 was in a simpler time, pre-9/11, when the worst crime we could imagine here in our nation's Capital was the murder of a former government intern," CBS Radio News national correspondent Dan Raviv says. "Chandra Levy's disappearance was not, in and of by itself, enough - at first - to make national headlines. But the revelation that she had a relationship with a married congressman, Gary Condit, was enough to push the case onto America's news agenda."

CBS News, as with other news outlets, had to walk a fine line between offering up tabloid-like stories and recognizing the significance of an investigation in which a U.S. congressman was a suspect.

Orr was assigned to cover the early days of the investigation for the CBS "Evening News," and he wrote a series of stories that never made the air.

"On one hand it was a sensational crime - marked by violence, sex and the rumored involvement of an elected official," he says. "But, reduced to its minimum it was a very local crime story, a sad personal tragedy for one family. It seems the editors and senior producers never felt altogether comfortable even talking about it."

Everything changed, however, when al Qaeda struck America on September 11 of that year. "Quite justifiably, we in the national media instantly lost interest" in the Levy case, Raviv says.

For Condit, however, the damage was done. Today's vindication "comes a little late," Condit's lawyer Bert Fields told the Associated Press. "Who gives him his career back?"

CBS News White House correspondent Chip Reid, who was with NBC when he covered the story, observes, "It was remarkable how much time and money news organizations devoted to the connection between [Levy's] disappearance and Congressman Gary Condit, especially since the evidence was so thin."

Reid covered the story from California, where he was stationed in front of Condit's district office in Modesto.

"Most days there was very little real news, but the cable audience appetite for every detail was insatiable," he says. "Chandra's parents lived only a couple miles away, and periodically the immense caravan of satellite trucks, camera crews and reporters would pull up stakes downtown and head for their suburban neighborhood where we would camp out for the day hoping to hear from them on the latest developments - or lack thereof."

Covering the Levy case day-in and day-out was a tough transition for hard news journalists, Reid says. Not long after, Reid found himself back in Modesto covering another tragic case of a missing woman -- Lacy Peterson.

"Those two stories - sad as they were -- convinced me that while I enjoyed living in California, I needed to return to my roots in hard news," Reid says. "In short order I was back in Washington covering Capitol Hill."

Gary Condit, by that time, was long gone.