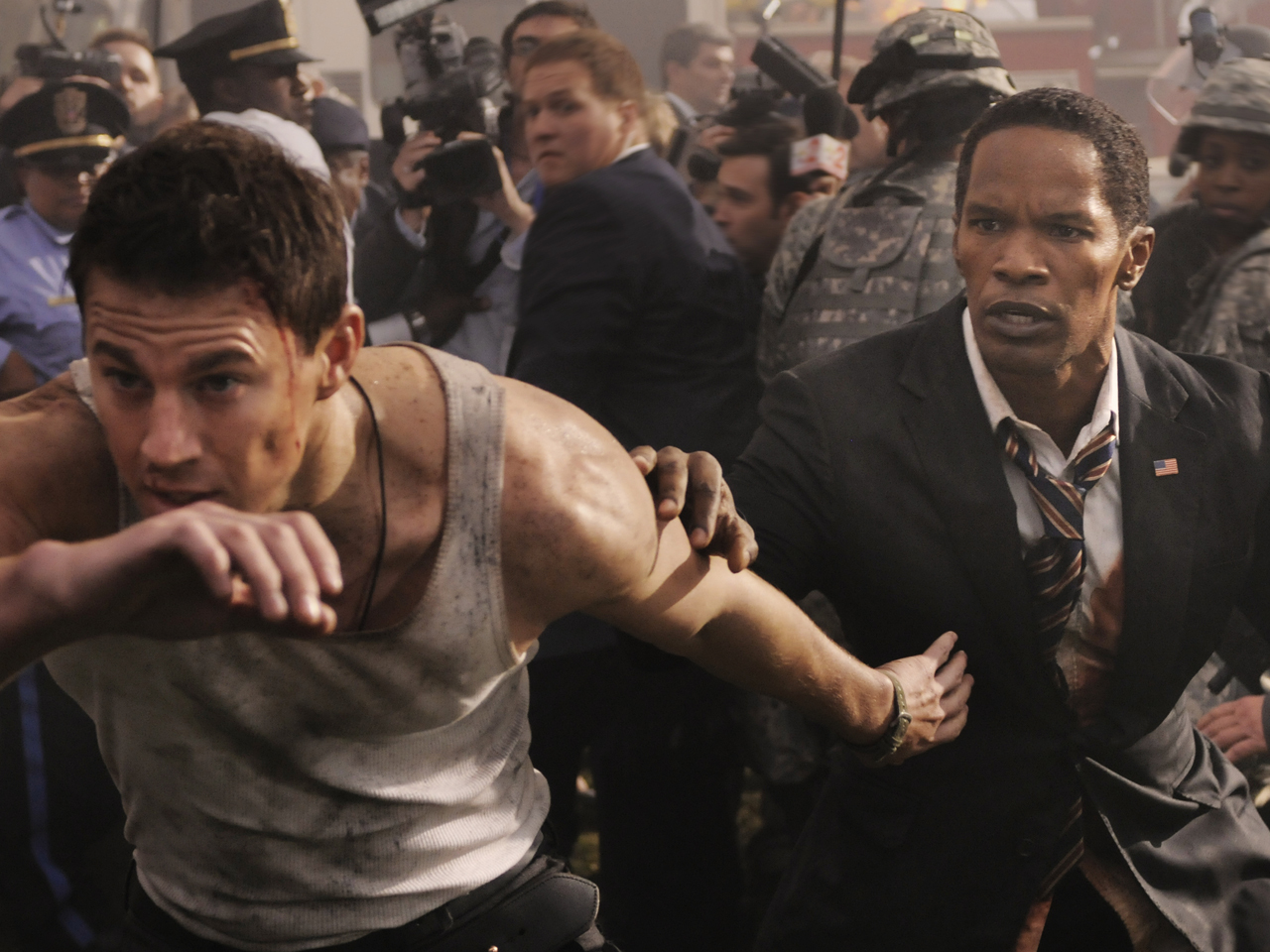 Roland Emmerich is no stranger to blowing up Washington, D.C., landmarks in his movies. Just look at his past works like "Independence Day," "2012," and "The Day After Tomorrow."

The Hollywood director is keeping up the trend with his newest action thriller "White House Down," starring Channing Tatum and Jamie Foxx.

The film's trailer debuted this week, featuring plenty of scenes of mayhem and explosions set around the nation's capital.

Tatum plays a cop who takes his daughter on a visitor's tour of the White House, when domestic terrorists launch an attack in the hopes of getting to the president (Foxx). Tatum's character is soon tasked with protecting the commander-in-chief while taking out the bad guys.

The plot for "White House Down" may ring familiar with some viewers. It's the second movie this year centered around a terrorist kidnapping attempt on the president at 1600 Pennsylvania Avenue. Let's not forget Gerard Butler's "Olympus Has Fallen," which was just released last week.

We'll see if Emmerich and his stars can make "White House Down" stand out from its cinematic predecessors when the film opens June 28.

Tell us: What do you think of the new trailer?