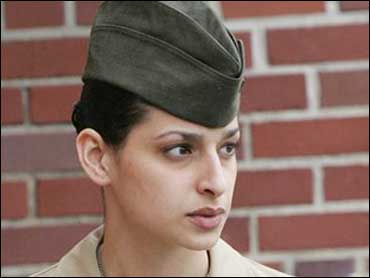 Charismatic and Chris Antley, the ex-claimer and the comeback kid, are on the threshold of winning the Triple Crown after winning the Preakness on Saturday.

"I think we can win it," Lukas said after the Kentucky Derby winner took control at the head of the stretch at Pimlico and then held off Menifee for a 1½ length victory.

"I told Bob and Beverly Lewis before the Kentucky Derby, `I don't know how well we'll do in the first two, but I like our chances in the Belmont."

The Derby and Preakness certainly have been a fairy tale ride for the 33-year-old Antley, who tested positive for marijuana and cocaine in 1988, and left racing in September 1997 because of weight problems and depression. He began the attempt to revive his career in February, the same month that Charismatic ran for a $62,500 claiming tag at Santa Anita.

"People are telling me, `Smile and be joyous,"' Antley said. "I'm trying to take it all in. This is special."

"It was very charismatic!"

The strapping chestnut who was racing for the fourth time in 42 days looked like a winner in the post parade as he pranced on his toes.

In the race, he was back in the pack down the backstretch and then made a tremendous move on the final turn that carried him into the lead past stablemate Cat Thief and Kimberlite Pipe turning for home.

"Wayne and I spoke this morning," Antley said. "The race set up pretty much like we expected. Everything went well he ran a superb race."

In the Derby, Charismatic went off at 31-1 and, despite his victory in that grueling race, was sent off at 8-1 on this cool, sunny day.

Charismatic's reputation has suffered because he was put in claiming races twice the last on Feb. 11. On that day, anyone could have purchased him for $62,500.

While the victory had to surprise most of the crowd, Lukas had said all week that he wouldn't be surprised if Charismatic did it again.

"I told Chris, `This is as good as human hands can make him. Let's take advantage of every step,"' Lukas said.

Charismatic gives Lukas his first shot at training a Triple Crown champion. The trainer, however, has won all three races the same year. That was with Thunder Gulch, who won the Kentucky Derby and Belmont, and Timber Country, winner of the Preakness, in 1995. Lukas has won 12 Triple Crown races.

For Bob and Beverly Lewis, who bought Charismatic for $200,000 as a weanling, it will be a second chance at owning a Triple Crown champion. They owned Silver Charm, who failed when he finished second in the Belmont in 1997.

"We had just great hopes and anticipation, and they were fulfilled in every way here," Bob Lewis said. "We're going down this rod for a second time."

The beer distributor from Southern California turned 75 on Wednesday and said that while he doesn't acknowledge birthdays anymore, the Preakness victory was the present he'd hoped for.

"We're going for the Triple Crown twice in a lifetime," he said. "How can a couple of country bumpkins from Newport Beach be so lucky?"

Charismatic's second trip toward racing immortality unfolded in 1:55 1-5 for the 1 3-16 miles.

Bob Lewis said he had put Charismatic in the claiming race on Feb. 11 because, "quite frankly, I'd given up on the horse."

After Charismatic's venture into the high-class claiming ranks, he earned a shot at the Kentucky Derby by finishing fourth in the Santa Anita Derby on April 3.

Since the colt holds his weight and recovers well after racing, Lukas decided to give him another start before the May 1 Derby, and he responded by winning the Lexington at Keeneland on April 18.

While many handicappers and racing fans refused to give Charismatic his due, the colt seemed to have developed a sense of his own worth.

"He had a little bit of a strut to his step when he came off the track during the week," Lukas said. "He was much more focused all week."

Although Antley was barely back to riding, Lukas picked him for Charismatic after the Lexington. He believed Antley, who had been a world-class rider, fit the colt.

"We picked him out, put him in the ball game, and he came through," Lukas, a former basketball coach, said. "He hit the 3-pointers every time."

The Charismatic-Antley pairing "is a nice little marriage, a nice combination," he added.

Charismatic's stirring victory was the high point on a day that almost had a tragic low.

In the seventh race, a man got out of the infield, crossed the turf course and got onto the main track as eight horses thundered toward him. Somehow, they missed trampling him.

He was quickly apprehended by security personne.

Charismatic broke from the No. 6 post he left from No. 16 in the Derby and was 10th after the first half mile as Cat Thief, Kimberlite Pipe and Vicar led the field around the clubhouse turn.

After three-quarters of a mile, Charismatic was still eighth. But on the turn, Antley sent him four horses wide, and he charged into the lead in the upper stretch.

Menifee was one position ahead of Charismatic after three-quarters and then began his own charge that carried him into third with an eighth of a mile to go, a little more than three lengths behind Charismatic.

It was too much to make up.

"I think I might have pulled the trigger a little soon, and then in the far turn, I got in a little tight and lost my position briefly," Day said. "We got near the winner but couldn't make up any ground in the last 16th."

Menifee was the favorite, as was the Elliott Walden-trained Victory Gallop, second in the Preakness last year. Walden now has four seconds in the last five Triple Crown races.

"My horse had a good trip throughout," Walden said. "He ran extremely well. Charismatic just handed it to us."

The other three horses favored over Charismatic were Cat Thief, Worldly Manner and Excellent Meeting.

"She couldn't get her air. It's like asthma in people. The jockey didn't abuse her, and pulled her up. She walked back the barn on her own. She'll be all right," Bramledge said.

Lukas, who became only the third trainer to win as many as five Preaknesses, said he plans to celebrate with milkshakes and cheeseburgers.

"It has the colors of every Triple Crown winner on numbers 1 through 11, but 12 o'clock high is blank. I want Bob and Beverly's green and gold to be on 12 o'clock high."