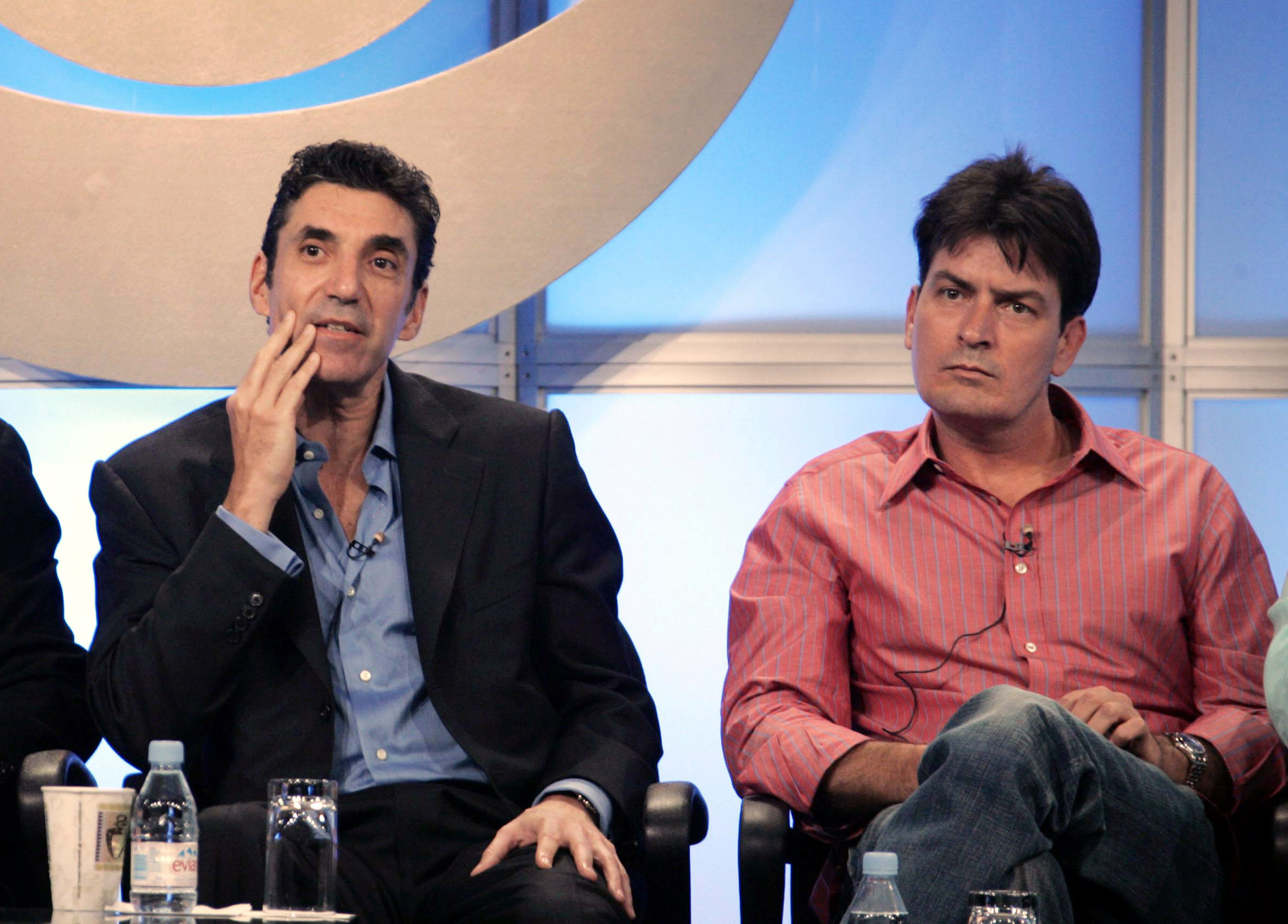 (CBS) Charlie Sheen let loose on "Two and a Half Men" co-creator Chuck Lorre earlier in the week, telling radio host Alex Jones, "I embarrassed him in front of his children and the world by healing at a pace that his unevolved mind cannot process."

Sheen also said, "Last I checked, [Chuck], I spent close to the last decade effortlessly and magically converting your tin cans into pure gold. And the gratitude I get is this charlatan chose not to do his job, which is to write."

In the interview, Sheen claimed he wanted to return to work but was barred by producers of "Two and a Half Men."

In response, CBS and Warner Bros. Television said they are halting production on the show for the season.

Lorre has had run-ins with stars of his shows in the past. In a December 2010 profile of Lorre in "The New Yorker," Lorre discusses getting fired from the show "Cybill," which he created, by saying he was removed from the show because series star Cybill Shepherd was unhappy with "how the humor was being apportioned out" in the show's second season.

Shepherd told "The New Yorker" simply, "Chuck knows why he was fired."

He left "Grace Under Fire" after one season. "[Star Brett Butler] was dissatisfied with almost every line of the script," Lorre said in "The New Yorker."

Since leaving those two productions, Lorre has had more success. He is co-creator of "Dharma & Greg," "Two and a Half Men," "The Big Bang Theory" and is an executive producer of "Mike & Molly."

Sheen didn't respond well to the decision to halt production for the season on "Two and a Half Men." In a letter posted on TMZ, Sheen had more harsh words and vitriol for Lorre.

Sheen writes, "What does this say about Haim Levine [Chuck Lorre] after he tried to use his words to judge and attempt to degrade me. I gracefully ignored this folly for 177 shows ... I fire back once and this contaminated little maggot can't handle my power and can't handle the truth. I wish him nothing but pain in his silly travels especially if they wind up in my octagon. Clearly I have defeated this earthworm with my words -- imagine what I would have done with my fire breathing fists. I urge all my beautiful and loyal fans who embraced this show for almost a decade to walk with me side-by-side as we march up the steps of justice to right this unconscionable wrong."