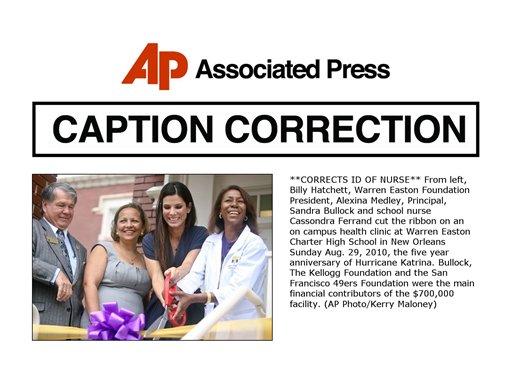 Cheerleaders catapult in the air, climb human pyramids and catch their tumbling teammates as they fall to the ground.

Research indicates cheerleading injuries more than doubled from 1990 through 2002, while participation grew just 18 percent over the same period.

"Cheerleading is not what it used to be. It's no longer standing on the sidelines looking cute in a skirt," said Erin Brooks, a former cheerleader who teaches a safety course in Mississippi. "It's more body skills."

A study published Tuesday in the journal Pediatrics estimates 208,800 young people ages 5 to 18 were treated at U.S. hospitals for cheerleading-related injures during the 13-year period. Most of the injuries were suffered by 12- to 17-year-olds; nearly 40 percent were leg, ankle and foot injuries.

Almost all the patients in the study were treated at emergency rooms and released. But because researchers used only ER numbers gathered by the Consumer Product Safety Commission, the true number of those injured is even greater, since many kids are treated at doctors' offices or by team trainers, researchers said.

The rise in injuries is probably because the stunts are increasingly difficult, the researchers said. Cheerleading has "evolved from a school-spirit activity into an activity demanding high levels of gymnastics skill and athleticism," the study said.

"It's not just standing on sidelines with pompoms going, `Rah, rah, rah.' It uses gymnastics, and some stunts are certainly more dangerous than others," said Dr. Barry Boden, an orthopedic surgeon specializing in sports medicine at Rockville, Md., who was not involved in the study.

Cheerleading is not considered a sanctioned sport by some state high school athletic associations. As a result, coaches are not always trained, and some schools lack the proper facilities and equipment, said the study's lead author, Brenda Shields, an injury researcher at Columbus Children's Research Institute in Ohio.

Some cheerleaders "practice in hallways and practice on hard surfaces instead of mats," Shields said. "So when they fall off a pyramid or from in the air and they land on hard surfaces, the chances for injury are drastically increased."

The study recommends that coaches get professional safety training and that high schools and cheerleading associations adopt uniform safety procedures and also develop a national database for injuries.

That is something the Memphis, Tenn.-based American Association of Cheerleading Coaches and Advisors has been advocating for several years.

The association publishes a safety manual for cheerleaders and offers safety courses for coaches around the country, said the group's executive director, Jim Lord.

He said several factors, including the popularity of televised cheerleading competitions, have encouraged more cheerleaders and coaches to mimic difficult tumbling moves before they have the right training.

"It's not that the sport is dangerous, but it's people trying skills they shouldn't," Lord said. "Basket tosses are the most difficult skill you can do, but that doesn't mean you should do them."

Dr. Andrew Gregory, an assistant professor of orthopedics and pediatrics at Vanderbilt University School of Medicine, tells CBS News, "We really worry about the catastrophic injury that involves falling on the head or breaking the neck. Several universities … disbanded their cheerleading program because they don't want to take the risk of a catastrophic injury, (of someone) being paralyzed or killed."

There's a perception issue about the dangers of cheerleading versus other sports, such as football, basketball and baseball, Gregory says. Most parents probably realize that a child playing football runs the risk of getting injured. However, they may not consider this when it comes to doing gymnastics.

"They need to understand there is risk involved," Gregory points out. "Parents should go to the practices and observe and make sure they are working out on padding," he advises. "Anytime someone is going up in the air, there should be an adult spotter."

What about adult spotters during games? Gregory says he's not sure: During games, cheerleaders aren't doing as many repetitions as they doing practice. However, he doesn't rule out having adult spotters. He says, if you look in the background of national competitions, you'll see them.

Recently, Gregory continued, the NCAA (National Collegiate Athletic Association) made cheerleading a varsity sport. As a result, the institute where he works at Vanderbilt University has started giving cheerleaders physicals.