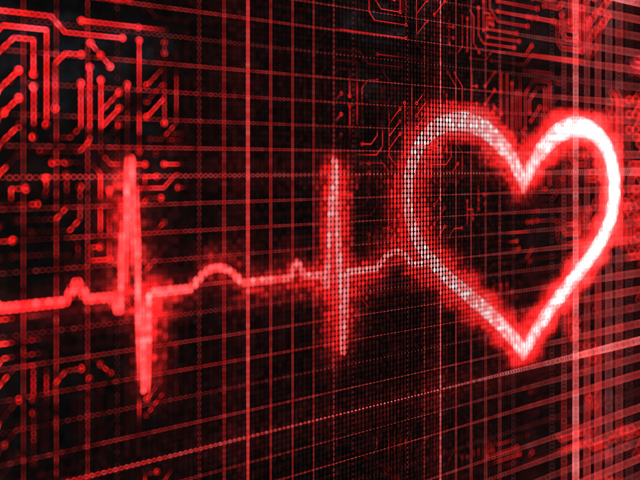 A heart disease treatment called chelation -- that many doctors consider to be "fringe medicine" -- unexpectedly showed some promise in a government-funded study clouded by ethical and scientific controversy, raising a debate about the results.

The 10-year study cost taxpayers $30 million, involved several doctors convicted of felonies and spurred a federal probe into patient safety. Even the lead researchers say the treatment cannot be recommended without further research.

Chelation consists of periodic intravenous infusions of a medication that seeks out and binds to minerals in the bloodstream, forming a compound that allows the minerals to be passed from the body through urine, according to The Mayo Clinic. Chelation has long been used to treat lead poisoning but its safety and value for heart disease are unproven. Proponents argue the treatment may help remove calcium from hardened arteries around the heart.

The heart disease version involves a different drug that does not have government approval for any use in the United States. However, alternative medicine practitioners have been ordering it custom-mixed from compounding pharmacies - businesses like the Massachusetts-based New England Compounding Center involved in the ongoing meningitis outbreak - and treating people with it.

More than 100,000 Americans use chelation, often out of distrust of conventional medicine and sometimes in place of established treatments such as cholesterol-lowering medicines and stents to open clogged arteries. Treatments cost $90 to $150 apiece, usually are done weekly for 30 weeks and then less often, and are not covered by insurance.

On Sunday at an American Heart Association conference in Los Angeles, researchers said that a chelation mixture they tested in a study of 1,708 heart attack survivors led to fewer complications - repeat heart attacks, strokes, deaths, hospitalization for chest pain or need for an artery-opening procedure.

Four years after treatment, 26.5 percent of the chelation group had one of these problems versus 30 percent of those given dummy infusions.

However, 17 percent of participants dropped out before the study ended, and only 65 percent had all 40 infusions they were supposed to get. The missing and incomplete results make it unclear whether the benefit credited to chelation could have occurred by chance alone.

The researchers reported the small difference between chelation and placebo-takers wasn't significant enough to impact how patients functioned in their daily lives.

"We thought it might make people feel better, but we didn't see that consistently enough," study author Dr. Daniel B. Mark, a professor of medicine and research director director at Duke University Medical Center in Durham, N.C. , said in a press release. "Patients weren't any worse, but they weren't any better.

The results were presented at a conference and not published in a medical journal or vetted by independent scientists, another reason doctors are leery.

"The study in my view is inconclusive," said Dr. Steven Nissen, the Cleveland Clinic's cardiovascular chief who had no role in the research. "Chelation has been practiced by physicians on the extreme fringes of medicine" and many involved in this study offer "a variety of other quack therapies," Nissen said. "I'm really worried about harm coming to the public. Patients should not seek this therapy on the basis of this trial."

Others including the Heart Association praised the government for doing the study.

"Patients are doing this with or without our permission" so it's important to test, said Dr. John G. Harold, president-elect of the American College of Cardiology and a doctor at Cedars-Sinai Heart Institute in Los Angeles. He said at least two of his patients had suffered heart failure after getting chelation in Mexico.

Dr. Gary Gibbons, director of the National Heart, Lung and Blood Institute, which funded the study with the National Center for Complementary and Alternative Medicine, called it "a first step" and urged caution about results that suggest "a marginal benefit."

This chelation seemed safe in this study, where steps were taken to minimize complications and exclude people likely to suffer them, he said. "Further research needs to be done before this can join the mainstream of cardiovascular care."

The Mayo Clinic notes there are some risks in that chelation binds not only to metals and calcium in the blood but also to important minerals needed for nutrition, often requiring additional treatment with vitamins.

Other experts questioned the results, especially because 60 more people in the group getting dummy infusions withdrew from the study than in the group getting chelation. Usually, more people in a treatment group drop out because of side effects, said Dr. Christie Ballantyne, a Baylor College of Medicine heart specialist. To find the opposite is "a red flag" that suggests those who got dummy treatments found that out and decided to drop out.

"There's something funky going on here," Ballantyne said. "It raises questions about study conduct," especially since a difference of one or two people or complications could have nullified the small overall benefit researchers reported.

"It's funny business," he said. "I've never seen a study in which one in five people withdrew consent."

The study's leader, Dr. Gervasio Lamas of Mount Sinai Medical Center in Miami, said: "The trial needs to be taken for what it is - a step towards future investigation."

It initially aimed to enroll 2,400 people in the United States and Canada but recruitment lagged and the goal was reset to 1,700.

In 2008, a group of scientists published a long article criticizing the trial, saying participants had not been warned that others had died from chelation. More than half of the doctors running the study make money by selling chelation treatments - a conflict of interest, they complained.

Investigations by the Office for Human Research Protections and the Food and Drug Administration found that several doctors doing the study had been accused of poor practices by state medical boards or involved in insurance fraud, and at least three were convicted felons. That did not prevent them from doing federal research, the government decided, and let the study go on after corrective steps. By that time, 1,500 participants had already been enrolled.