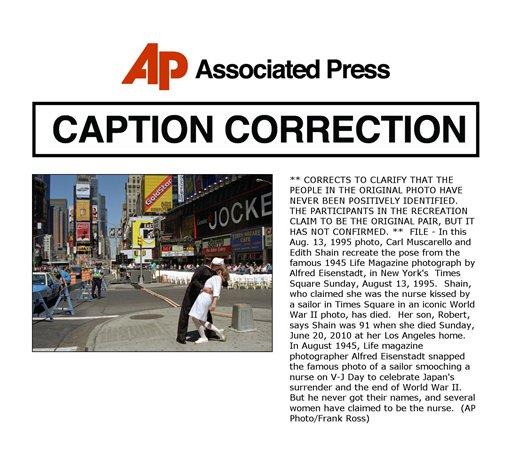 Saddam Hussein's notorious cousin "Chemical Ali" was convicted and sentenced to death by hanging on Sunday for ordering the gassing of Kurds in 1988, killing more than 5,000 in an air raid thought to be the worst single attack of its kind on civilians.

It was Ali Hassan al-Majid's fourth death sentence for crimes against humanity in Iraq. The previous three have not been carried out, in part because survivors of the poison gas attack on the Kurdish town of Halabja wanted to have their case against al-Majid heard.

Relatives of Halabja victims cheered in the courtroom when chief judge Aboud Mustafa handed down the guilty verdict against al-Majid, one of the chief architects of Saddam's repression.

Nazik Tawfiq, a 45-year-old Kurdish woman who said she lost six relatives in the attack, fell to her knees upon hearing the verdict to offer a prayer of thanks.

"I am so happy today," she said. "Now the souls of our victims will rest in peace."

In Halabja after the verdict, residents cheered and songs played from loudspeakers at a monument commemorating victims of the attack. Some in town visited the cemetery to remember loved ones who perished in the gassing. The jubilation demonstrated again the deep-rooted hatred many Iraqis feel toward the former regime.

Another senior figure in Saddam's regime, former Foreign Minister Tariq Aziz, suffered a severe stroke over the weekend and cannot speak, his son said Sunday. Aziz was for years the chief diplomat of Saddam's regime. He was convicted and sentenced to prison for his involvement in the forced displacement of Kurds in northern Iraq and the deaths of Baghdad merchants in the 1990s.

Aziz was taken last Thursday to a U.S. military hospital in Baghdad for examination, said a U.S. military official, Lt. Col. Pat Johnson. His condition is improving, and he is being closely monitored, Johnson said, declining to say more due to privacy concerns.

Al-Majid earned his nickname because of his willingness to use poison gas against the Kurds.

The 1988 killings remain a source of deep pain, particularly for Iraq's Kurds. Many in Halabja still suffer physically from the effects of the nerve and mustard gas that were unleashed on the village at the end of the eight-year, Iran-Iraq War.

Survivors feel a sense of injustice that Saddam was hanged for the killings of Shiites following a 1982 assassination attempt on the late dictator in a town north of Baghdad, but did not live to face justice for the Halabja attack. He was executed in December 2006.

The chemical air raid is thought to be the worst single attack of its kind against civilians. Graphic pictures taken after the attack showed bodies of men, women, children and animals lying in the streets where they inhaled the gas. Survivors were covered by burns.

The attack has left many of the survivors with long-term medical problems such as permanent blindness, skin burns, respiratory and digestive problems and cancer, said Dr. Farman Othman, a doctor in Suleimaniyah who has treated a number of patients. 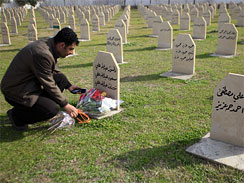 (AP Photo/Yahya Ahmed)
The attacks were part of repeated attempts by Saddam's government to suppress the Kurds, who had long campaigned for autonomy from mainly Arab Iraq and staged a guerrilla war against Saddam's military. The Kurds had also allied with the Iranians during the 1980-88 Iran-Iraq war.

The Kurds have since the end of the Gulf War over Kuwait in 1991 enjoyed a large degree of autonomy under the protection of U.S.-led Western powers which enforced a no-fly zone over the Kurdish north of Iraq.

The court also convicted and sentenced other former officials to jail terms on Sunday for their roles in the Halabja attack.

Evidence against the defendants included eyewitness accounts, official documents and films seized after the fall of Saddam's regime, and military correspondence among commanders.

He was previously sentenced to hang for his role in a brutal crackdown against the Kurds in the late 1980s, known as the Anfal campaign, that killed hundreds of thousands.

The court later issued separate death sentences for his role in the 1991 suppression of a Shiite uprising and for a 1999 crackdown that sought to quell a Shiite backlash to the slaying in the same year of Grand Ayatollah Mohammed Sadeq al-Sadr, a Shiite cleric who opposed the regime.

The earlier death sentences against al-Majid have not been carried out in part because of a desire by victims of the gas attacks to see him tried for one of the former regime's most vicious attacks.

Another obstacle was a political dispute involving al-Taie, the former defense minister, who was also sentenced to death along with Chemical Ali in the Anfal trial.

Vice President Tariq al-Hashemi, a Sunni, and President Jalal Talabani, a Kurd, have both refused to sign the execution order against al-Taie, who signed the cease-fire with U.S.-led forces that ended the 1991 Gulf War. Al-Taie is a Sunni Arab viewed by many as a respected career soldier who was forced to follow Saddam's orders in the purges against Kurds.

The three-member presidency council must approve all death sentences, and the failure to reach agreement on al-Taie's case has delayed the execution of al-Majid as well.

Prime Minister Nouri al-Maliki, a Shiite, has sought to push the three-man Presidential Council to approve the death sentences pending against al-Majid and al-Taie.

Al-Taie surrendered to U.S. forces in September 2003 after weeks of negotiations. His defense has claimed the Americans had promised him "protection and good treatment."

Many Sunni Arabs saw his sentence as evidence that Shiite and Kurdish officials are persecuting the once-dominant Sunni minority by using their influence over the judiciary.

Mohammed Saeed Ali, a Kurdish city official in Halabja, said al-Majid ought to be hanged in Halabja to bring closure to victims' relatives.

"Chemical Ali massacred us and we want to see him getting what he deserves," he said.
By Associated Press Writer Sameer N. Yacoub; AP writer Yahya Barzanji in Halabja, Iraq, contributed to this report