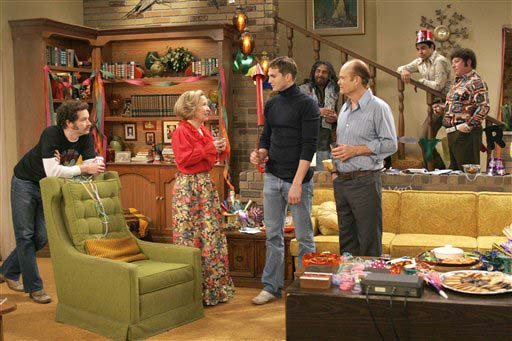 Andre Rison, the oft-troubled wide receiver who reported to training camp in the best shape of his career, was released Monday by the Kansas City Chiefs.

The 12-year NFL veteran, who slumped last year and underwent a rigorous off-season training program, was released as part of the team's youth movement at wide receiver.

"Our decision is based upon the fact that we want to get younger at the wide receiver position," Chiefs president Carl Peterson said. "We appreciate the contributions that Andre has made to this football team and we wish him the very best. By releasing Andre now, it increases his opportunities to catch on with another team before the start of the 2000 season."

The Chiefs recently reached a contract agreement with wide receiver Sylvester Morris, their first-round pick out of Jackson State.

Morris was one bright spot in the Chiefs' 33-10 loss to the San Francisco 49ers on Sunday night, catching two passes for 15 yards and showing ability to break free from defenders.

Rison, 33, had led a troubled NFL career and faced legal problems in Kansas City, but appeared to be a changed man when the Chiefs opened training camp in River Falls, Wis.

Rison said he had spent four weeks at a remote fitness camp in Honduras in an attempt to regain the form that sent him to his fifth Pro Bowl after he caught 72 catches for 1,092 yards in 1997 and was named the team's MVP.

But Rison had just 21 catches for 218 yards and no touchdowns last year as tight end Tony Gonzalez emerged as the primary target of quarterback Elvis Grbac, and Derrick Alexander became the chief wide receiver.

Rison faced a felony theft charge for failing to return rented electronic equipment. A neighbor had also filed a lawsuit, claiming that he had not repaid $200,000 she said she lent him.

Rison signed with the Chiefs as a free agent in 1997, after being released by the Green Bay Packers. He played earlier for Jacksonville, Cleveland, Atlanta and Indianapolis.

In April 1997, Rison was arrested and charged with disorderly conduct in Lawrenceville, Ga., after refusing to get out of his car after a traffic stop. He was released after paying a fine.

In 1994, Rison, then with the Atlanta Falcons, and Deion Sanders, then member of the San Francisco 49ers, were fined $7,500 each by the NFL for a fight in which they traded slaps and punches in the middle of the field during a game.

Rison was suspended for one game last year by the Chiefs after a disturbance in Kansas City's Westport entertainment district.