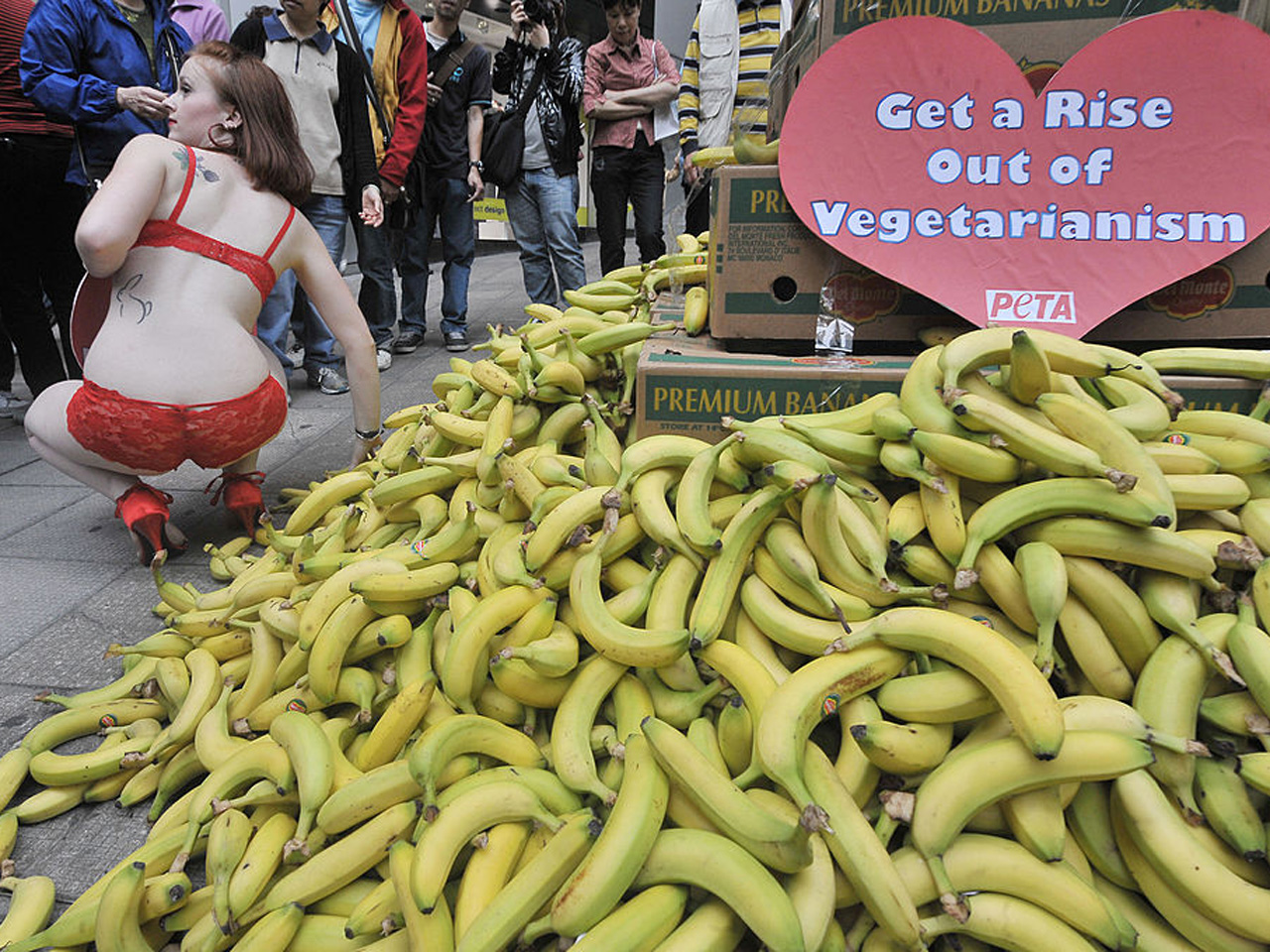 BEIJING - Live-streaming has become a major source of revenue in China, which has 668 million people online -- the world's largest Internet community.

It's in that environment that the notoriously controlling central authority governing Internet activities has struggled to keep up its conservative standards, recently banning the eating of bananas "erotically" during live streams, according to state-controlled CCTV.

The site reports: "Last month, the country's Ministry of Culture announced that all of the major platforms - Douyu, Panda.tv, YY, Zhanqi TV, and Huya were under investigation. It said that these platforms were accused of hosting content that was too vulgar, violent, or too sexual."

The Ministry of Culture said recently online live-streaming platforms draw around 200 million users, with major sites running several thousand live-streaming "studios" simultaneously. The government's investigation reportedly revealed up to 40 percent of people putting on the live-streaming shows were students, and that 77 percent of the viewership was male.

Much of the content on various live streaming sites could be considered seedy, and some goes well beyond the borders of good taste. Many female broadcasters wear revealing costumes, and authorities recently cracked down after live pornographic scenes were broadcast on at least two sites. In one case, 34 people in the central province of Anhui were arrested for taking part.

These sites derive a small proportion of their revenue through advertising. They survive primarily through a practice invented by Chinese companies: virtual gifting.

Viewers can buy these imaginary gifts such as images of flowers or bottles of beer for their favorite performers, who receive a portion of the cash, with the site getting a hefty cut. Viewers can also send comments that pop up onscreen, giving them the perception they are interacting with the host.

"I think everyone, without exception, likes to watch beautiful girls," said a 28-year-old single office worker who asked that he be identified only by his surname, Zhai. He said he spends 500-800 yuan ($80-120) a week purchasing virtual gifts on four or more different sites.

This business model works in China because it builds on the traditional culture of giving red envelopes stuffed with money at weddings and fruit, cigarettes or bottles of booze at Lunar New Year.

"Gifting is a common practice offline, and having that happen online to make it easier to form social relationships seems quite natural," said Hans Tung, a managing partner at GGV Capital, a venture capital firm.

U.S. players are paying attention, but so far haven't gotten this model to work. "There are a lot more ways people can make money now online ... that is not as prevalent outside of Asia," Tung said.

One of the biggest Chinese hosting sites, YY, is listed on the Nasdaq stock exchange and saw its revenues rise 60 percent to 5.9 billion yuan ($910 million) last year, according to unaudited financial results announced in March. It claims more than 120 million active users who spend an average of 48 hours per month on the site.

"They don't just only pay for their clothes, food and some other basic demands," she said. "They also want to pay for something like entertainment."

Many young people are exploiting the trend simply to make some money.

Eighteen-year-old Wang Weiying has turned to one live broadcast site, Huajiao, to earn money to study abroad. She pulls in around 2,000 yuan ($310) each month for 20 hours of broadcasts, sometimes talking into her mobile phone as she walks along the street.

"I'm dressed very cute today," she says in one broadcast, showing her pink painted and bejeweled nails to her invisible fans.

The competition is already stiff. In the quest to draw viewers, Wang has sometimes broadcast 100 hours a month or more.

"After classes, I'm already tired but I have to compete with others in terms of the time I broadcast for," she said. "I have to keep a smile on my face even though I'm already exhausted. I get depressed at times."