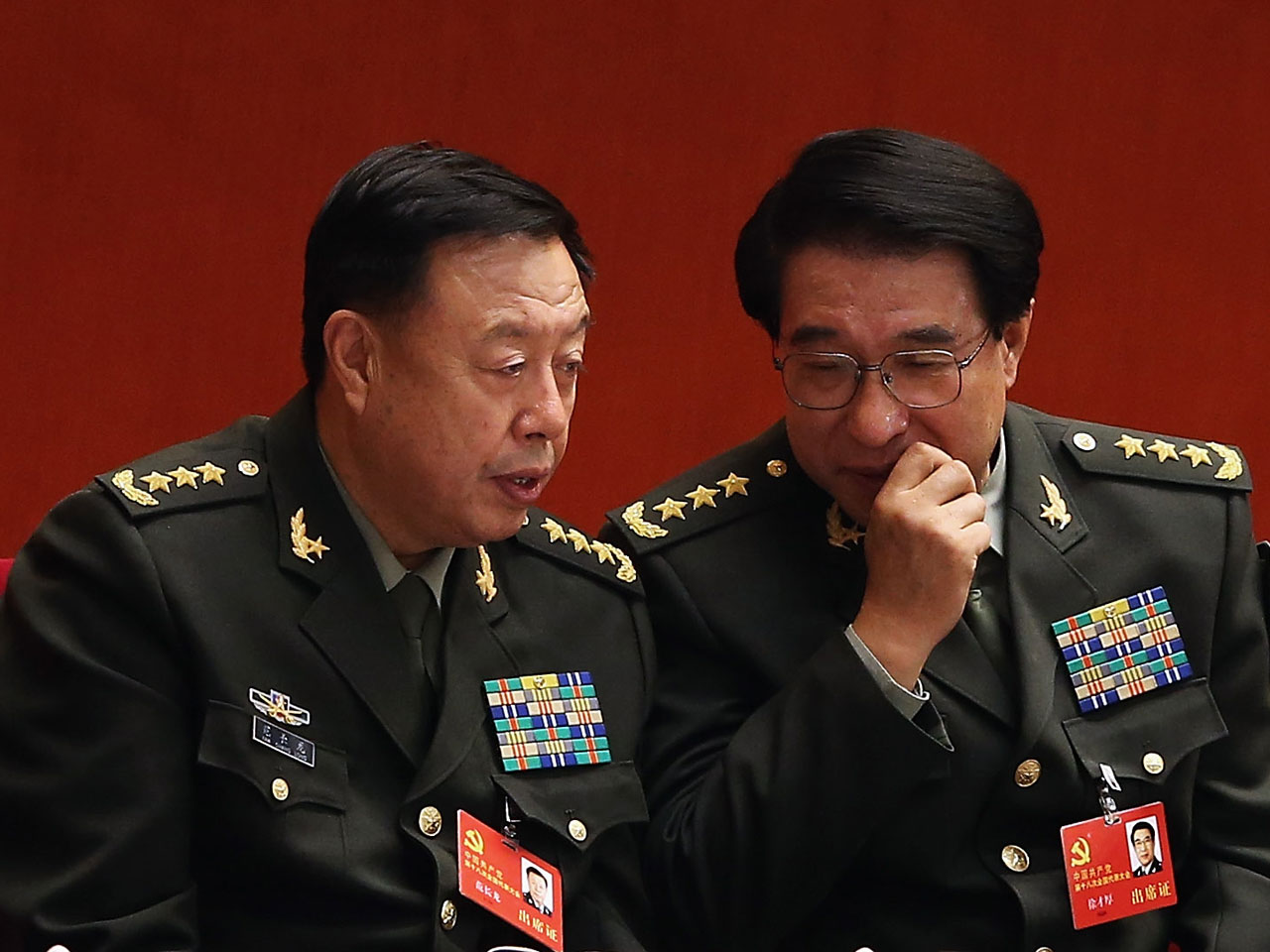 BEIJING - A spreading anti-corruption crackdown launched by President Xi Jinping snared its most senior figure yet on Monday when a former top Chinese general was expelled from the ruling Communist Party to face bribery charges.

Three other senior officials, including a former deputy police minister, also were expelled from the party to face corruption charges.

Gen. Xu Caihou, a former deputy chairman of the party's Central Military Commission, which controls China's military, is accused of taking money and property in exchange for promotions and other favors, said a party statement reported by the official Xinhua News Agency. It said his case had been handed over to military prosecutors.

Xi, who took power in 2012, has vowed to root out corruption that has fueled public anger and that he has warned could threaten the party's grip on power. But the campaign also appears to be aimed at neutralizing a retired senior leader, Zhou Yongkang, a former member of the party's ruling Standing Committee. He stepped down in 2012 in a transfer of power to younger leaders.

Zhou is rumored to have been detained but there has been no official confirmation.

"Zhou Yongkang was a bitter enemy of Xi Jinping. He was opposed to Xi Jinping becoming general secretary. This is also a personal vendetta. A power struggle," said Lam. "Xi Jinping has very shortly used the anti-corruption campaign to bring down his political enemies."

Xu's case marks the first time since the 1966-76 Cultural Revolution that such a senior Chinese general has been detained, according to Lam. Xu was the most senior uniformed officer and ranked behind only then-President Hu Jintao, who was the commission chairman, in the military hierarchy.

China's military is a wing of the Communist Party and its leaders are politically influential, making any move to detain a general a risky act.

Xi, the president, had to win support from Hu and former leader Jiang Zemin to pursue Xu, said Lam. He said Jiang initially resisted but agreed "for the sake of a healthy party they had to get rid of this cancerous cell."

"Xu went overboard in terms of his greed and the vast amount of money he has collected," Lam said.

Monday's announcement followed months of rumors that Xu, 71, had been detained after being taken from his sickbed at a Beijing military hospital in March. His wife, daughter and a secretary also were reported to have been detained.

"Anyone, no matter what authority and office he holds, will receive serious punishment if violating Party disciplines and laws," said the party statement, quoted by Xinhua. "We will never compromise nor show mercy."

The downfall of an officer as senior as Xu "shows there might be larger maneuvers from the leaders," said Zhang Lifan, a historian and political analyst in Beijing. "More people from the military will be dealt with in the name of anti-corruption."

The three other senior officials expelled from the party - the penultimate step before criminal proceedings begin - including Li Dongsheng, a former deputy police minister. The party announced in December he was under investigation. Monday's statement said investigators found he took bribes and sold influence.

Jiang Jiemin, former head of the State-owned Assets Supervision and Administration Commission, which overseas China's major government-owned companies, is accused of abusing his position and receiving a "huge amount of bribes," the statement said.

Jiang was a former chairman of China National Petroleum Corp., part of a vast state-owned oil industry in which Zhou had his power base.

Zhou spent much of his career in the industry and was general manager of CNPC, one of the world's biggest energy companies, before serving as police minister in 2002-07.

Also expelled was Wang Yongchun, former deputy general manager of CNPC. A government statement said the party concluded he "took advantage of his posts to seek benefits for others and received a huge amount of bribes."