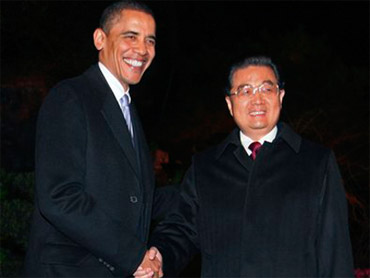 China on Thursday announced its smallest increase in defense spending in more than two decades, a likely result of both financial constraints and growing concern over perceptions of Beijing as a regional military threat.

The planned 7.5 percent boost in defense spending in 2010 follows at least 20 years of double-digit increases in the budget for the People's Liberation Army - the world's largest standing military with more than 2.3 million members.

The increase will be used to enhance China's ability "to meet various threats," said Li Zhaoxing, spokesman for China's parliament, the National People's Congress, at a news conference held on the eve of the opening of its annual legislative session.

"China is committed to peaceful development and a military posture that is defensive in nature," Li said.

He said this year's defense budget of 532.11 billion yuan ($77.9 billion) remained relatively low, particularly in relation to the country's vast territory and population. Li said Chinese defense spending has accounted for about 1.4 percent of gross domestic product in recent years, as opposed to more than 4 percent in the United States and more than 2 percent in Britain, France and Russia.

The increase over actual military spending in 2009 was 37.12 billion yuan, Li said. Defense expenditures account for 6.3 percent of China's total budget, a decline from previous years, he said.

Officials say about one-third of China's spending goes to salaries and improving living conditions for soldiers, with the rest split between replacing equipment and military research and development.

However, many overseas analysts believe the official figure accounts for only a part of actual military spending, with estimates on the total amount ranging up to twice or more what Beijing claims.

Figures provided by China's Cabinet show the country's last single-digit percentage in defense spending was in the 1980s.

The smaller rise in spending is due in part to the hit China's economy, especially the crucial export sector, has taken from the global financial crisis, prompting the government to rein in some expenditures, said Ni Lexiong, a defense analyst at Shanghai University of Political Science and Law.

Meanwhile, the leadership has realized that large increases are generating concern and suspicion among China's neighbors, potentially sparking an arms race, he said.

"The decline shows that China does not want to be seen as an aggressive military power," Ni said.

Thursday's announcement follows repeated protests recently by Beijing over the U.S. sale of weaponry to Taiwan. Those sales are driven by threats from China to use force to bring the island under its control, backed up by an estimated 1,300 Chinese ballistic missiles positioned along the Taiwan Strait.

Communist-ruled China split with Taiwan amid civil war in 1949 and continues to regard the self-governing democracy as part of its territory. Beijing has warned of a disruption in ties with Washington if the sale goes ahead, but has not said what specific actions it would take.

Washington's announcement in January that it intended to sell Taiwan $6.4 billion in helicopters, air defense missiles and other military hardware was especially unwelcome because it came amid a warming trend in Beijing's relations with the island, he said.

"China's defense budget is not specifically linked to cross-strait developments, but rather it is more related to the country's global positioning," Wang said.

Defense spending is among budget items to be approved at the end of the National People's Congress' session, which begins Friday and runs through March 14.

This year's session is expected to see a shift in spending priorities toward affordable housing, education, health care and other social programs.

Li said the full assembly this year would amend a law on how deputies are selected, correcting a disparity that gave urban Chinese greater representation than their more numerous rural neighbors.