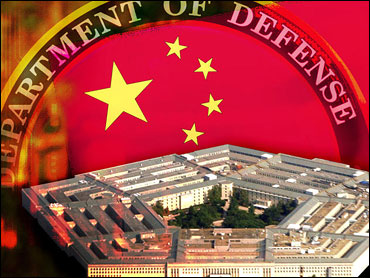 China on Tuesday denied a report that its military had hacked into Pentagon computers, saying the allegations were "groundless" and that Beijing was opposed to cyber-crime.

The Financial Times, citing unnamed officials, reported Monday that the People's Liberation Army hacked into a computer system in the office of Defense Secretary Robert Gates in June. The attack forced officials to take down the network for more than a week, the report said.

"China has all along been opposed to and forbids criminal activities undermining computer networks, including hacking," she said. "China is ready to strengthen cooperation with other countries, including the U.S., in countering Internet crimes."

President Bush said Wednesday he might discuss Washington's concerns about sensitive computer hacking with Chinese President Hu Jintao when they meet in Sydney this week. Mr. Bush is in Australia for a summit of 21 Asia Pacific Economic Cooperation forum leaders.

"I'm very aware that a lot of our systems are vulnerable to cyber attack from a variety of places," the president said at a joint news conference with Australian Prime Minister John Howard.

"In terms of whether or not I'll bring this up with countries from which we suspect there may have been an attack, I may," said President Bush, who is due to meet Hu on Thursday.

Attackers based in China have launched online assaults against the network at Britain's Parliament and the Foreign Office, The Guardian said, citing unnamed government officials.

It added that some of the hackers were believed to be from the Chinese military, without citing sources.

Britain's Ministry of Defense refused to comment. The Foreign Office said it could not comment on security matters.

The Financial Times report said the Pentagon was still investigating how much information was stolen, but cited an unnamed person as saying that most of it was probably unclassified.

The claims mark the latest times that China was accused of hacking into a foreign government's computers. On the eve of German Chancellor Angela Merkel's visit to Beijing last week, the weekly Der Spiegel said computers at the Chancellery and three ministries had been infected with so-called Trojans, or spy programs.

The Financial Times report, which did not specify its sources, said Germany's domestic intelligence agency believed a group of hackers associated with the People's Liberation Army might have been behind the alleged hacking.

At the time, Premier Wen Jiabao called the reported hacking a "matter of grave concern" and said China would take "firm and effective action" to prevent such crimes.

The Pentagon warned earlier this year that China's army is emphasizing hacking as an offensive weapon. It cited Chinese military exercises in 2005 that included hacking "primarily in first strikes against enemy networks."

The Associated Press reported in July that the State Department was trying to recover from large-scale network break-ins affecting operations worldwide. The hackers appeared to target the department headquarters and offices dealing with China and North Korea, it was reported.

However, experts have said that China is home to a large number of insecure computers and networks that hackers in other countries could use to disguise their locations and launch attacks.