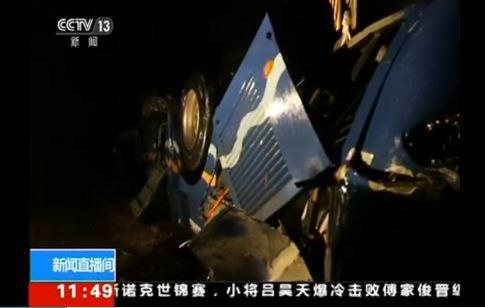 Footage on Chinese state broadcaster CCTV showed the mangled wreckage of a bus in the dark with rain falling. Rescue vehicles were on the scene, and injured were shown being treated in hospital.

China and North Korea share a lengthy border. China is North Korea's largest trading partner, although commerce has dropped off by about 90 percent under United Nations sanctions.

The vast majority of tourists who visit North Korea come from China.