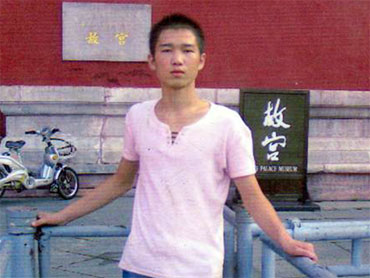 When Li Shiming was stabbed through the heart by a hired assassin, few of his fellow villagers mourned the local Communist Party official many say made their lives hell by seizing land, extorting money and bullying people for years.

Instead, villagers in the northern town of Xiashuixi have made Li's teenage killer something of a local hero. More than 20,000 people from the coal-mining area petitioned a court for a lenient sentence.

"I didn't feel surprised at all when I heard Li Shiming was killed, because people wanted to kill him a long time ago," said villager Xin Xiaomei, who says her husband was harassed for years by Li after the two men had a personal dispute. "I wanted to kill Li myself, but I was too weak."

The murder trial has again cast a harsh light on abuses of power by communist cadres and the frustration many ordinary Chinese feel with a one-party system that sometimes allows officials to run their districts like personal fiefdoms.

China's leaders have identified corruption as a threat to the country's progress, but an opaque political system dominated by the ruling Communist Party - which brooks no dissent - and the lack of an independent judiciary contribute to the problem.

In the case of party secretary Li, the young man who confessed to the stabbing - 19-year-old Zhang Xuping - has been sentenced to death for the September 2008 killing, his mother and lawyer said Wednesday. The sentence was quietly handed down last week and an appeal was filed this week, they said.

Zhang Xuping was paid 1,000 yuan ($146) by another villager, 35-year-old farmer Zhang Huping, to commit the murder after Li allegedly harassed the farmer for years, local newspaper reports said. The elder Zhang was reportedly routinely detained on trumped up charges ever since he led a group of farmers to seek the help of provincial authorities after Li razed 28 acres of trees belonging to them without permission or compensation in 2003.

The teenager entered a school where Li was attending a meeting, found the official alone and stabbed him through the heart. Li staggered out of the building and into his luxury sports utility vehicle but died before he could make it to a hospital, reports said.

The case quickly turned into an outpouring of sympathy for the young killer - and expressions of hatred for Li.

Zhang's trial, which was originally scheduled for August, had to be postponed to late November because thousands of people showed up outside the courthouse wanting to watch the proceedings, news reports said.

Nearly 21,000 people from the area around Xiashuixi petitioned the court for leniency for Zhang - to no avail.

In Xiashuixi, villagers contacted by the AP said that for years they had lived in fear of Li, who they say extorted money and used his influence to have those who resisted him detained or jailed.

Zhang Weixing, 58, said Li illegally seized his land of 3.3 acres and built houses on it three years ago, and he hired thugs to beat him, his wife and children when they tried to stop him.

"When we heard Li Shiming was dead, we felt happy because he did so many evil things and really made us villagers suffer," said Zhang Weixing, who is unrelated to the family of the accused, by phone. "We all hated him."

During his trial, Zhang apologized to Li's family, the state-owned Beijing Youth Daily newspaper said. But Li's eldest son rejected the apology in court and said he hoped judges would sentence his father's killer to "death by firing squad."

Li's death has dealt an immeasurable blow to the family, the son said, adding that his younger brother and sister were unable to focus on their studies and may stop going to school for the time being. Attempts to reach the Li family by phone were unsuccessful, and family members have not publicly addressed the allegations that he was corrupt.

Zhang's case echoes two other instances of ordinary Chinese who became anti-heroes after killing people in positions of power.

In June, a Chinese woman who fatally stabbed a party official to fend off his demands for sex was freed by a court in a decision that was likely made to avoid a storm of criticism.

But in 2008, Yang Jia, a man who confessed to killing six Shanghai police officers in revenge for allegedly being tortured while interrogated about a possibly stolen bicycle was executed despite an outpouring of sympathy.

Unlike those cases, China's state media after initially following Zhang's case did not report his conviction nor his death sentence - a likely indication the government ordered a media blackout.

A Beijing-based lawyer and legal blogger, Liu Xiaoyuan, said the court should have taken public opinion into account given the large number of people who had spoken out in Zhang's defense.

"If the village secretary had acted illegally and aroused the anger of the mass of villagers, then lenient punishment should have been considered by the court," Liu said. "It has become the will of people. The death sentence is too heavy."

The case reflects the desperation that China's rural poor are driven to when bullied by their leaders, wrote Chinese social commentator Yan Changhai on his blog.

"Zhang Xuping is guilty. His biggest crime is that he dared to resist a bandit-like official, and refused to be obedient and to be a slave," Yan wrote.

Yan blamed the murder on collusion between officials and local police and courts.

"If the authorities did not indulge Li Shiming's evil deeds, if even one of his evil deeds was punished by law, he would have avoided death under Zhang Xuping's knife," he wrote.