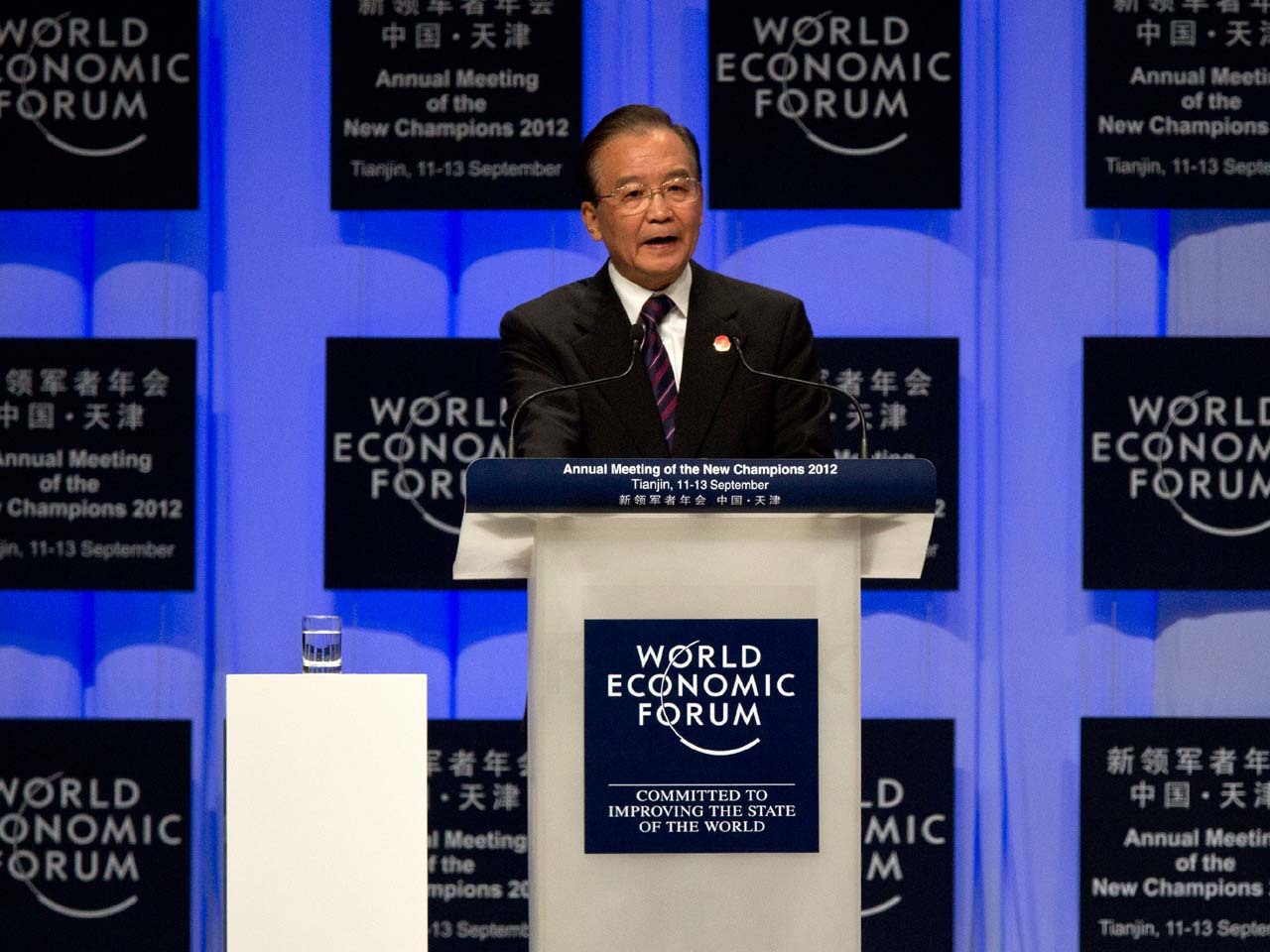 (AP) BEIJING - Premier Wen Jiabao promised to step up efforts to stabilize China's slowing economy with tax cuts and measures to boost consumer spending but appeared to rule out a major stimulus, saying Beijing will stick with established policies.

Speaking Tuesday at a meeting of the World Economic Forum, Wen expressed confidence in the economy, saying growth still is within the official target range. That appeared to be a rejection of warnings by some analysts that activity has weakened so much in recent months that growth this year might come in below the 7.5 percent official target.

"We will give greater priority to stabilizing growth," said Wen in a speech to businesspeople and officials in the eastern port city of Tianjin. However, he said the government will "maintain the continuity and stability of our policies."

China's growth fell to a three-year low of 7.6 percent in the three months ending in June and is expected to decline further in the current quarter. Analysts expect a rebound late this year or in early 2013 but say it likely will be too weak to drive a global recovery without improvement in the United States and debt-crippled Europe.

The slowdown comes at an awkward time for the Communist Party, which is preparing to hand power to younger leaders. But authorities have resisted calls for more aggressive stimulus after the flood of spending and bank loans that helped China avoid the 2008 global crisis fueled inflation, a wasteful building boom and a possible rise in defaults at state lenders.

Wen gave no outlook for the timing of a possible rebound but said 8.1 million urban jobs were created in the first seven months of the year, a 5 percent increase over the same period last year.

"We are fully confident that we have the conditions and ability to overcome the difficulties in our way ahead, maintain steady and robust economic growth and achieve development at a higher level," Wen said.

The premier promised to "press ahead with structural tax cuts" and "make stronger efforts to spur consumer demand," though he gave no details.

The government also is pumping money into the economy through higher spending on building public works and investment by state companies.

Despite that, imports fell by 2.6 percent in August - well below analysts' expectations of growth in low single digits - in a sign of unexpectedly weak demand.

In comments that sounded at times like a valedictory speech, the 69-year-old Wen defended his government's record, saying, "deep emotions well up within me" when he looked back over his decade as premier.

Wen rejected what he said was criticism that China paid an "undue price" for the 2008 stimulus.

"I want to make it clear that it was exactly due to our resolute decision and scientific response that China was able to avoid factory closures," he said. "These stimulus measures helped us keep the good momentum of economic development, achieve social stability and harmony and protect China's modernization process."