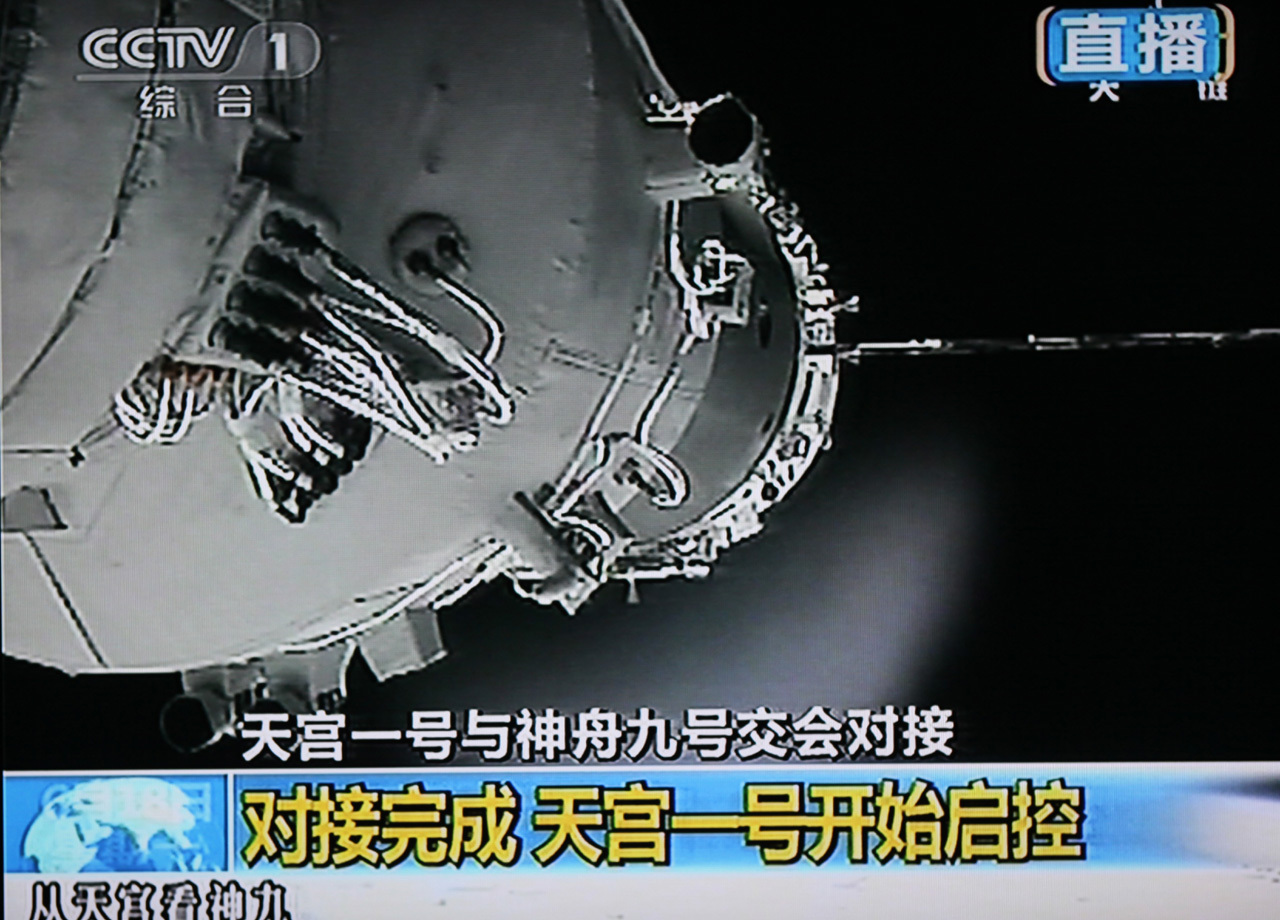 Following launch Saturday from the Jiuquan Satellite Launch Center in north central China, the Shenzhou completed its docking maneuver with the Tiangong module shortly after 2 p.m. (0600 GMT), 213 miles above Earth. The docking was shown live on national television.

This is China's fourth manned spaceflight, the second for Jing, and the country's first crewed docking. An unmanned Shenzhou spacecraft carried out an automated docking last year, shortly after Tiangong 1 was launched

They will spend at least 10 days in space on China's fourth manned mission, as part of preparations for manning a permanent space station.

The docking was a first for Chinese manned spaceflight. In November 2011, the unmanned Shenzhou 8 successfully docked twice with Tiangong 1 by remote control.

Monday's docking was completed by remote control from a ground base in China. A manual docking, to be carried out by one of the crew members, is scheduled for later in the mission.

China is hoping to join the United States and Russia as the only countries to send independently maintained space stations into orbit. It is already one of just three nations to have launched manned spacecraft on their own.

Another manned mission to the module is planned later this year. Possible future missions could include sending a man to the moon.

The Tiangong 1, which was launched last year, is due to be replaced by a permanent space station around 2020. That station is to weigh about 60 tons, slightly smaller than NASA's Skylab of the 1970s and about one-sixth the size of the 16-nation International Space Station.

China has only limited cooperation in space with other nations and is excluded from the ISS, largely on objections from the United States.

China first launched a man into space in 2003 and conducted a two-man mission in 2005. A three-man trip in 2008 featured the country's first spacewalk.