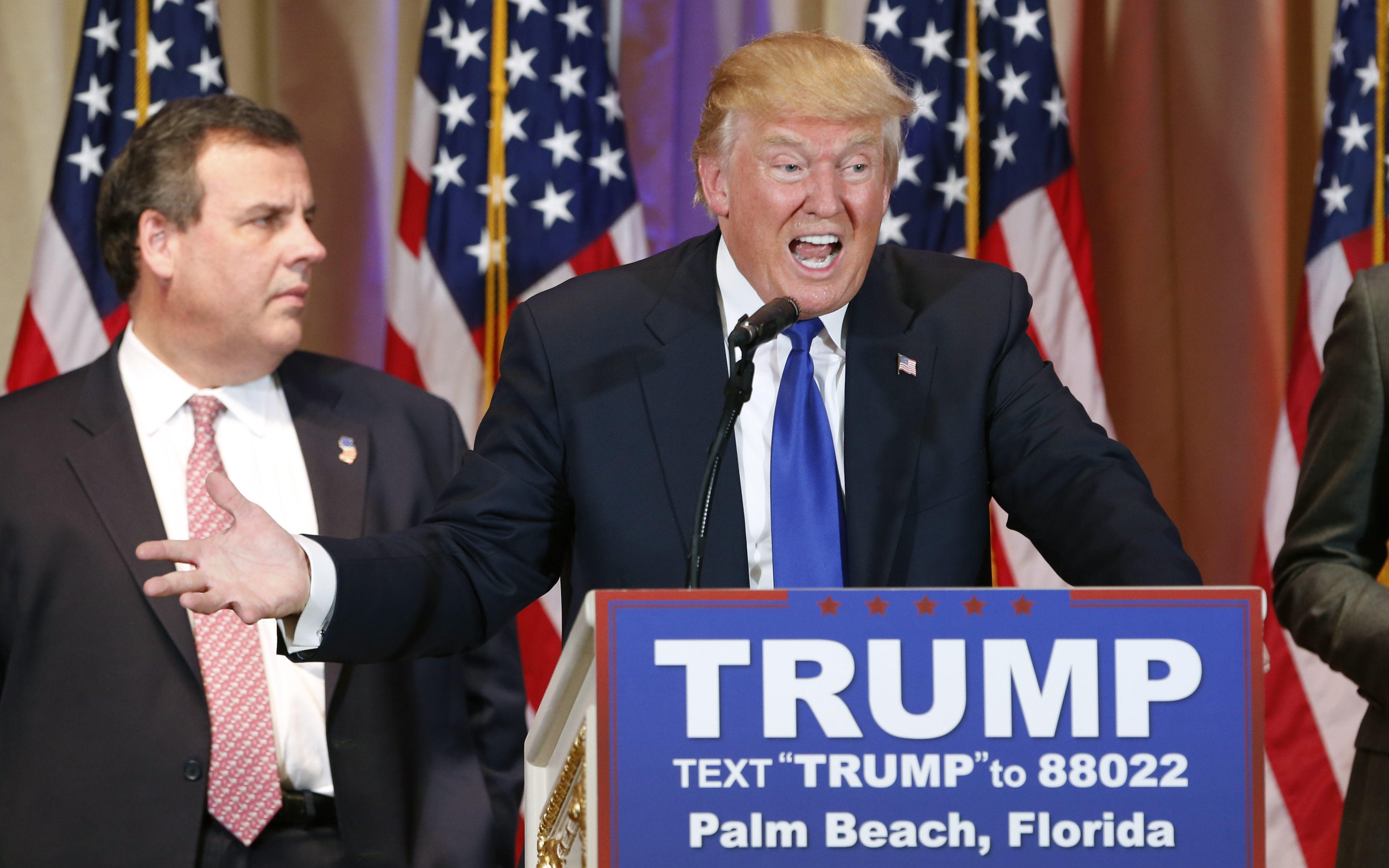 It's been more than a month since Chris Christie endorsed former rival Donald Trump in the presidential race, but the New Jersey governor is still taking heat for his decision.

In an interview with late-night comedian Jimmy Fallon on Friday, Christie once again found himself justifying the endorsement, snapping at the talk show host in an at-times uncomfortable conversation.

Asked why he threw his support behind Trump -- who Christie had previously said wasn't "suited to be president" -- over his rivals, the former GOP candidate gave a terse response: "Because I think he's better than them. It's not really hard."

"That's why you do it," he added. "It's not like I drew it out of a hat or something, Jimmy. It was my judgment that I thought he was better than the other two."

You can watch the exchange here:

Earlier in the interview, Christie was forced to confront one particularly awkward moment on the campaign trail with the GOP front-runner last month.

"You look like you were having a blast," Fallon said, pointing to a photo of Christie gazing off into the distance while standing behind Trump during his Super Tuesday victory speech. The moment, which launched a thousand Twitter memes, prompted many to jokingly wonder whether Christie was being held against his will by the billionaire's campaign.

Fallon repeated the question Friday: "Were you being held hostage at this time?"

Christie replied: "This is what you would look like if you were standing behind Jay Leno when he was doing his monologue."

"If you're used to talking, it's awkward not to talk," he continued. "So if you're standing there, I'm listening."

Then Fallon brought out some apropos props: cardboard cutouts of Christie and himself -- complete with despondent faces -- which he placed over their respective shoulders.

Christie joked of his own face, "I'm telling you -- I like that! He looks serious."

"You don't find that distracting - that person?" Fallon asked.

Of Fallon's own cardboard doppleganger, however, Christie snarked: "That's what you look like every night, though."

The interview later turned to serious matters, with the late-night host questioning Christie on a possible vice presidential nomination if Trump won the Republican primary race.

"If Trump is the nominee, would you consider being vice president?" Fallon asked.

"I have a hard time believing that anyone would ask me to be vice president ... because of that," Christie said, pointing over his shoulder. "When you're vice president that's basically what you do, right?"