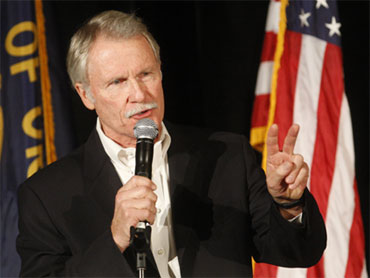 Republican Chris Dudley has conceded the race for governor to Democrat John Kitzhaber.

Dudley, a former NBA player and financial adviser, rode a wave of voter animosity toward Democrats and a pledge to create jobs to give Kitzhaber a close race.

Kitzhaber trailed early, but made up ground in Multnomah County, where Kitzhaber was heavily favored among the large Democratic majority in Portland.

The former two-term governor Kitzhaber and the political rookie Dudley have spent a combined total of at least $15 million on their campaigns this year.