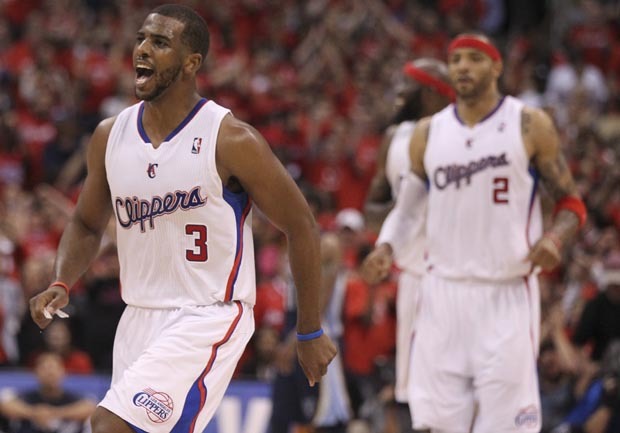 (CBS/AP) LOS ANGELES - Chris Paul scored eight of his 27 points in overtime and Los Angeles moved to the brink of its second playoff series victory in 36 years by taking a 3-1 series lead.

Blake Griffin had 30 points and seven assists before fouling out with 2:26 left in overtime for the Clippers, who blew a 10-point lead in the final 4½ minutes of regulation.

Mike Conley scored a career playoff-high 25 points and Rudy Gay had 23 on 8-of-25 shooting for the Grizzlies.

Game 5 is Wednesday night in Memphis, with Game 6 back at Staples Center on Friday if necessary.

After Paul hit consecutive jumpers in the final 1:16, Conley's layup with 8.1 seconds left trimmed the Clippers' lead back to two points. But Mo Williams added two free throws with 7.2 seconds left, and Gay missed a meaningless 3-pointer at the buzzer.

Caron Butler, playing with a broken bone in his left hand, scored 14 points for the Clippers.

"He didn't blink when it was time to embrace this challenge -- transforming the NBA's purgatory into a legitimate, functioning basketball team -- and he didn't blink Monday night," Berger writes.

Manu Ginobili scored 17 points to lead San Antonio to an 87-81 victory over Utah on Monday night and a sweep of their first-round Western Conference series.

Ginobili was 0 for 8 from beyond the arc in the first three games. After Utah pulled within 61-58 with 3:18 left in the third, he hit consecutive 3-pointers then added another as the Spurs regained control, taking a 76-58 lead early in the fourth.

The Jazz went scoreless for more than 8 minutes during a 15-0 Spurs run and trailed by 21 points in the fourth quarter. Utah made a furious charge late and was within 83-79 on Al Jefferson's putback with 49 seconds left. But Ginobili's layup after a steal by Tony Parker sealed it.

Top-seeded San Antonio advanced to the second round and awaits the winner of the Memphis-Los Angeles Clippers series.

The Spurs are on a 14-game winning streak. The Jazz have lost eight straight playoff games.