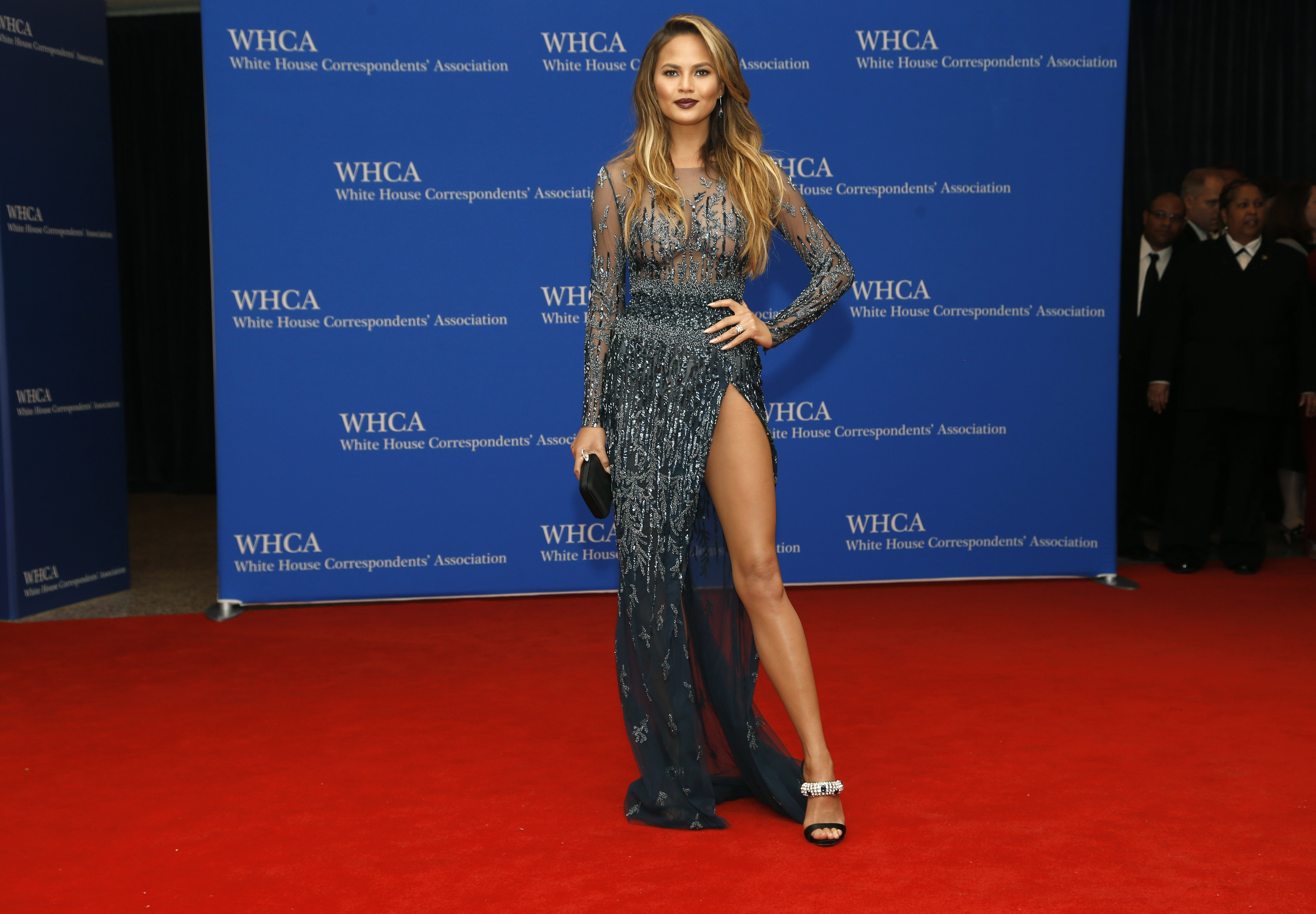 Chrissy Teigen is at it again.

The 30-year-old model and ever-present Twitter personality seemed to upset the masses on Monday after declaring that she wasn’t offended by the word “oriental.”

It all started when Teigen, who is half-Thai, tweeted about the “oriental dressing” option on her flight.

“Like, if you’re over 50 you can call me oriental to my face but this is a new menu and I’m not a rug,” she posted moments later.

Teigen then got herself into a little hot water when a user asked if the term “oriental” was offensive.

“Not offensive, really. Just weird. Old school. Just say Asian,” she wrote, before adding that her “PC-ness is very lenient.”

But Teigen’s “oriental” debate didn’t end there. The cook book author then clarified that while she’s not personally offended by the term, she does recognize how outdated it is, saying that she excuses people who use it under “forgivable ignorance.”

Teigen continued to reiterate her point, adding that she wouldn’t get mad over someone not using the term “Asian American” -- which only seemed to further anger some of her followers, who argued that tolerating others’ ignorance was another way of maintaining the status quo and perpetuating racism.

And, of course, the debate continued to spill into the next morning.