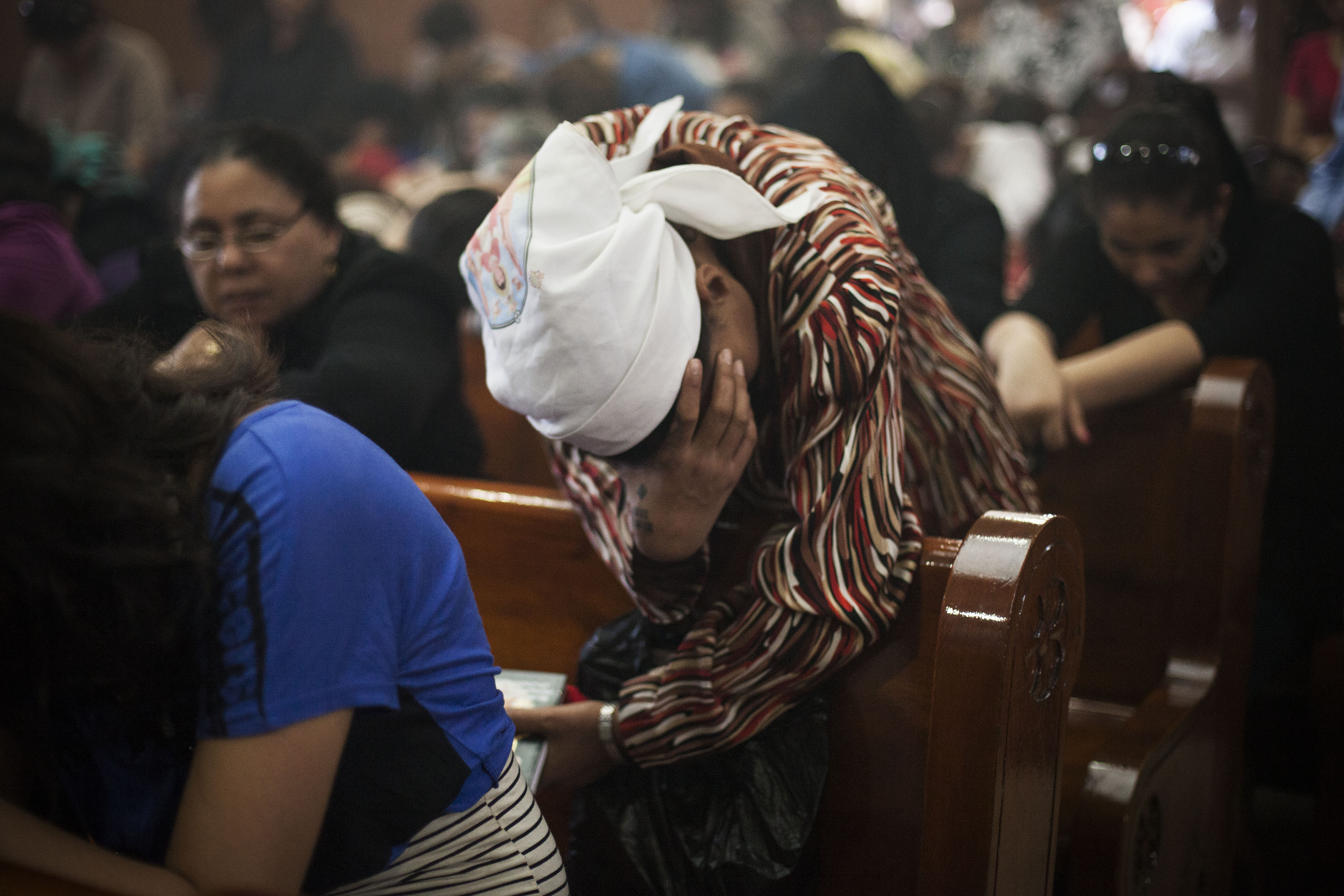 CAIRO -- A Muslim mob ransacked and torched seven Christian homes last week in a province south of the Egyptian capital, Cairo, after rumors spread that a Christian man had an affair with a Muslim woman, according to a statement by the local Orthodox Coptic church.

Released late Wednesday, the statement said that during the attack last Friday, the mother of the Christian man, who had fled the village in Minya province, was publicly stripped of her clothes by the mob to humiliate her.

The statement was signed by Anba Makarios, Minya's top Christian cleric, who on Wednesday night told a talks show host on the private Dream TV network that the elderly woman was dragged out of her home by the mob who beat her and insulted her before they stripped her of her clothes and paraded her naked on the streets while chanting Allahu Akbar, or "God is great."

The woman had only reported the incident to the police five days later, said Makarios, adding that she had found it too difficult to "swallow the humiliation" she suffered.

Extramarital affairs or sex between unmarried couples are taboo among both Muslims and Christians in conservative Egypt. They often attract violent reactions in rural areas, where questions of honor can lead to deadly family feuds that endure for years or result in ostracizing of the perpetrators.

Christian men cannot marry Muslim women in Egypt unless they convert to Islam first, but Muslim men can marry Christian women. An affair between a Christian man and a Muslim woman is almost certain to cause a great deal of trouble, particularly in rural areas.

Anba Makarios said in the statement that police arrived at the scene of Friday's violence nearly two hours after the attack began and arrested six people. The family of the Christian man had notified the police of threats against them by Muslim villagers the day before the attack, he said.

"No one did anything and the police took no pre-emptive or security measures in anticipation of the attacks," the cleric said in another TV interview Wednesday night. "We are not living in a jungle or a tribal society. It's incorrect for anyone to declare himself judge, police and ruler," he told Ahmed Moussa, a prominent talk show host on the private Sada el-Balad television.

Christians, who make up about 10 percent of Egypt's population of more than 90 million people, have long complained of discrimination in the mostly Muslim nation.

President Abdel-Fattah el-Sissi, in office since 2014, has sought to address some of their grievances, changing election laws to allow more Christians into the national legislature and easing restrictions on building new churches and renovating old ones.

But many Christians say they are still consistently victimized in disputes with Muslims.

Criminal gangs have often targeted wealthy Christian families south of Cairo in recent years, kidnapping their children for ransom. There have also been scores of cases in recent years of underage Christian girls lured away from their families by Muslim men who force them to convert and keep them in hiding until they reach adulthood. Christians often complain that police don't do enough to pursue the Muslim perpetrators.

At least 35 percent of Minya's population is Christian, the largest in any of Egypt's 27 provinces.

Makarios also told Moussa of Sada el-Balad television that the late arrival of the police gave the attackers "ample time" to do what they had set out to do. He predicted the village crisis will most likely be handled through a government-sponsored meeting of the two sides in which the Christians will be forced to accept "humiliating" conditions for reconciliation.

If the case were different, and a Muslim man was having an affair with a Christian woman, the reaction would have hardly been so violent, he added.

"It is a disgrace for honest men to remain silent while accepting, seeing or hearing this," Makarios said.