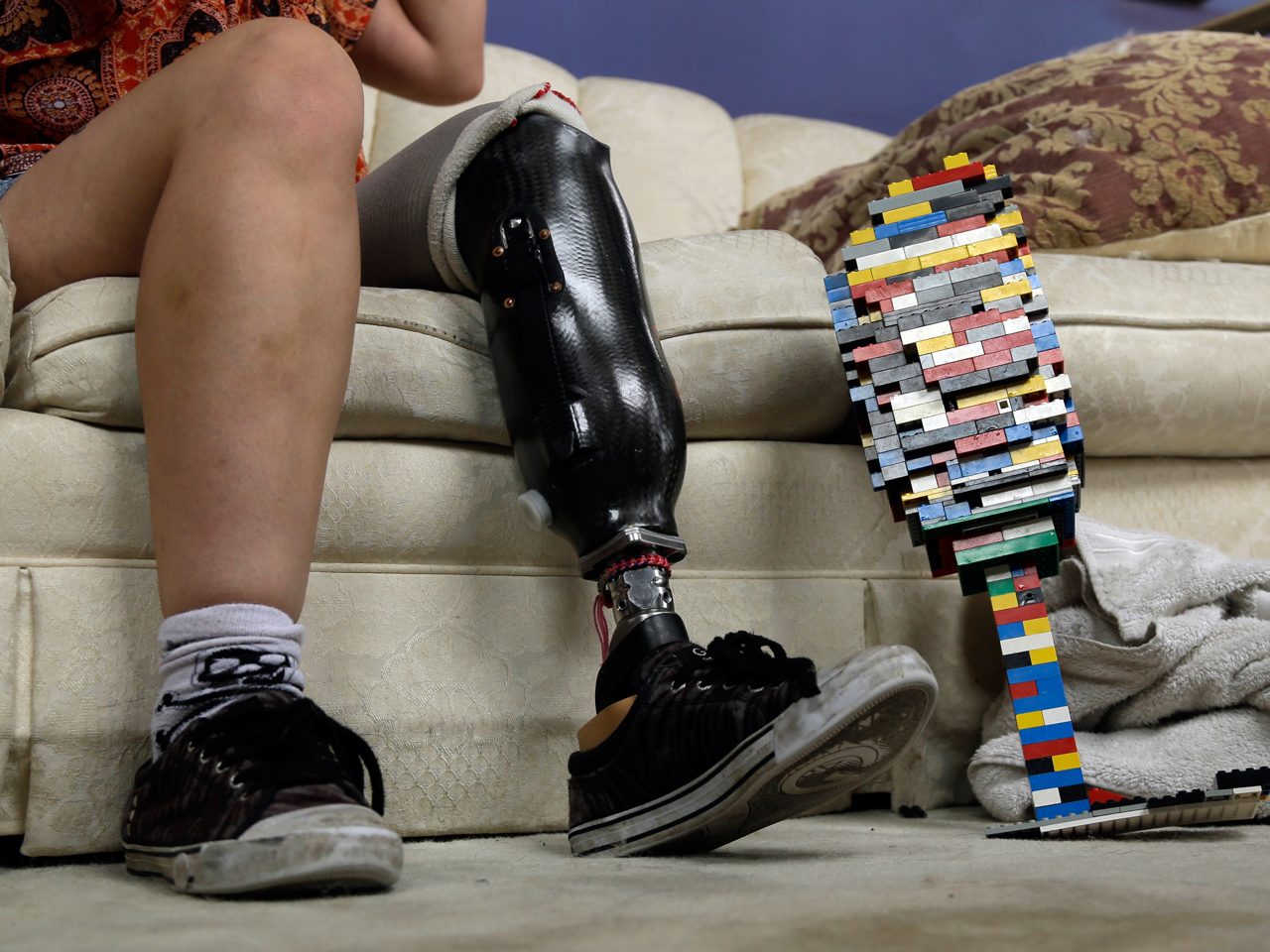 St. Louis Christina Stephens filled her parents' basement with Lego castles and pirate ships as a child. When she put her Lego-building skills to work last month making a prosthetic leg out of the children's toy, she became a YouTube sensation.

Stephens, 31, lost her left foot in an accident this winter and decided to combine her clinical expertise as an occupational therapist with her own experience of losing a limb to help others dealing with amputations.

Stephens, who is small, athletic and seemingly always upbeat, began a series of videos and a Facebook page under the name "AmputeeOT," in which she addresses issues that many new amputees struggle with. Among them are how to swim with and without a prosthetic, deal with phantom limb pain, and clean an amputation site and prosthetic liner.

But it was her construction of a prosthetic leg out of hundreds of Lego pieces that made her an Internet star. The YouTube video has more than 1.3 million views since it was posted in early July.

"I thought my Legos video had some viral potential but I had no idea it would explode like it did," she said. "Part of what I want to do with my videos is de-stigmatize amputation and make it less scary," Stephens added.

Stephens has a knack for building and fixing things. In January, she was changing the brake pads on her Prius in her St. Louis garage when the car slipped off its jack stand and landed on her left foot.

Her husband, Christopher, used a hydraulic jack to lift the car off her and then rushed her to the hospital. She figured the foot was probably broken, but no worse.

Within weeks, though, her toes and other parts of her foot turned gray, then black. Her surgeon believed he could save the foot, but there was no guarantee it would be functional, Stephens said.

"He wanted to do a partial foot amputation with multiple skin grafts over my foot and ankle, possible fusions," she recalled.

In addition to her work as a therapist, Stephens is a clinical researcher at Washington University. So rather than fret over her loss, she turned to research to decide if she'd be better off with a damaged foot or without the foot. The foot was numb yet painful, and knowing the pain may not go away if she kept the foot, she chose amputation. The foot was removed Feb. 26.

She was joking with colleagues in her research lab about the kinds of prosthetic leg she should use - a pirate peg and zombie leg were mentioned. A coworker at the research lab joked that she should make a new leg out of Legos, CNET reported in July.

She liked the idea of putting her childhood skills to the test, and she still had all of the Lego that her mother had amassed over the years, mostly through yard sales.

It took Stephens about two hours to shoot the time-lapse video in her south St. Louis home. In it, she constructs a colorful prosthetic leg, albeit one of no practical use: When she stands up on it, the foot crumbles.

The Lego leg isn't meant to be functional. "The video is sort of a metaphor for rebuilding your life after a disability," Stephens said. "But you can't really walk on it."

The video was an instant hit and has garnered widespread media attention, helping her get the word out about her other video tutorials. Several people have contacted her with questions, asking her to make videos addressing other issues, and to just say thanks for the information.

Sherry Young, a 38-year-old woman from suburban Washington D.C., was born with a partial tibia on her right leg. After two fractures, it became extremely painful and wasn't healing. For the past year, she's had to use crutches to walk. She had to either amputate or go through reconstructive surgery.

She found Stephens' videos on YouTube. Based on what she saw, she decided to amputate.

"Without Christina I don't think I would have gone through with this," Young said. "I would have dealt with the pain and just kept walking on crutches. I'm very happy I made the decision I did."

Young said even her children are more comfortable with the decision after watching Stephens' videos.

"I guess it's just her personality," Young said. "Watching her, she feels comfortable."

Kerri Morgan, an instructor in occupational therapy and neurology at Washington University who supervises Stephens, said Stephens has always been talented in her work, but even more so now.

"Since her injury, she has a different perspective to offer, making her an even stronger and more passionate occupational therapist," Morgan said.

Stephens plans more videos, and she has a second Lego leg - "Lego Leg 2.0," she called it. This one has moveable pieces - but it's still for show only.