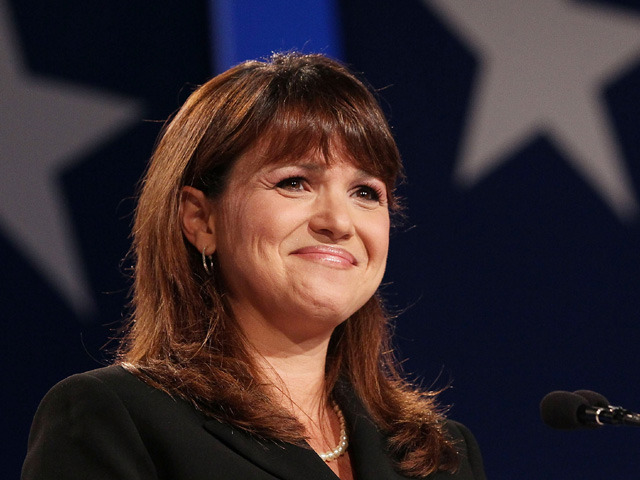 (CBS/AP) Would she hit the dance floor in a witch's hat? Perhaps to a song like "I Put a Spell on You" or the equally appropriately-titled "Witchcraft"?

Tea Party favorite Christine O'Donnell says she's been invited to be a contestant on TV's "Dancing with the Stars." But the losing Senate candidate from Delaware isn't sure she should accept, saying she has two left feet and a book about politics to complete.

The conservative Republican, who lost to a Democrat amid controversy over past statements about youthful dabbling in witchcraft, is soliciting opinions on her Facebook page.

"I just got the Official "Ask" from Dancing With The Stars!!" she wrote on Monday. "Although I am utterly flattered, my initial thought was to decline, as 2 year old nephew has more rhythm than me, and my two left feet!!

A few hours later, she added, "The facebook comments about Dancing w The Stars list great pros and cons. Thank you for your input. Still undecided. Book comes first."

A "DWTS" representative said Tuesday it has no comment on casting speculation, adding a new cast will be announced next week.

The Internet has been rife this month with speculation over possible contestants. Among those mentioned have been actress Jodie Sweetin from the sitcom "Full House," former WWE wrestler Chris Jericho, talk show host Wendy Williams and NFL quarterback Brett Favre.

Do you think O'Donnell should accept? Who else should be in this season's "Dancing" lineup? Tell us in the comments.