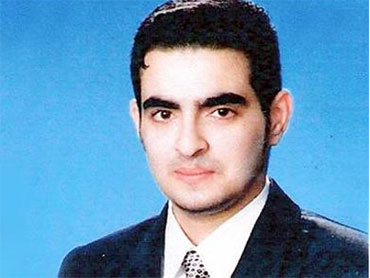 The wife of the suspected Jordanian double agent who killed seven CIA workers in Afghanistan said Wednesday her husband regarded the United States as an adversary.

Al-Balawi spoke openly about wanting to die in a holy war, calling tirelessly for jihad against Israel and the United States, said Mohammed Yousef, one of his high school classmates in Jordan.

Jordanian intelligence was aware of these statements when they arrested al-Balawi last March, according to counterterrorism officials based in the Middle East.

"What landed him in jail was his online activities," says CBS News' Khaled Wassef, who monitors jihadist Web forums and chat rooms. "He says that he has always dreamed of being a martyr."

Jordanian intelligence believed the devout 32-year-old doctor had been persuaded to support U.S. efforts against al Qaeda in Afghanistan and wanted al-Balawi to help capture or kill Ayman al-Zawahri, a fellow doctor from Egypt who is Osama bin Laden's right-hand man, according to another counterterrorism official based in the Middle East.

The officials spoke on condition of anonymity because they were not authorized to comment on matters involving the CIA and Jordan's national security.

Bayrak confirmed that al-Balawi was jailed for three days last March and left Jordan shortly after that, saying he was going to Pakistan to become a specialist in surgery.

After those plans did not work out, al-Balawi said he got another job there, Bayrak said.

But anti-terrorism experts say he traveled to Afghanistan, suggesting he had agreed to take on the mission against al Qaeda, providing valuable intelligence information about al Qaeda leaders to U.S. and Jordanian agents.

Bayrak and her two daughters left Jordan in October and now live in Istanbul.

She last spoke to al-Balawi over a month ago, Bayrak said.

"It was a normal conversation, he talked about his plans to come to Turkey and become a specialist here," she told NTV television.

Later she told CNN-Turk television: "I was shocked when I heard the news because he constantly spoke about coming to Turkey...I was not expecting it."