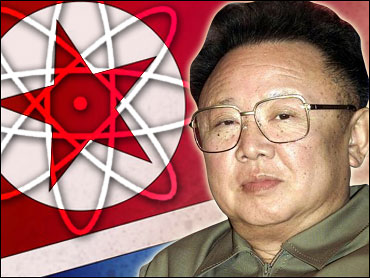 American intelligence believes North Korea may be working on technology to make nuclear weapons small enough to fit on the tips of medium- and long-range missiles, a newspaper reports.

CIA estimates have long held that the North probably possessed one or two crude nuclear weapons. But by placing bombs on missiles, North Korea could threaten its neighbors South Korea or Japan and the 76,000 American troops stationed in those countries.

The existence of the site does not mean North Korea can produce "miniaturized" nuclear warheads capable of riding missiles to targets, the newspaper reports, but it does mean North Korea appears to be moving in that direction.

However, there is doubt as to how long it would take North Korea to make a miniaturized warhead, The Times reports.

The CIA thinks it would take at least a year. But the questions over intelligence about Iraq, which suggested Saddam Hussein possessed weapons of mass destruction that have yet to be found in postwar searches, have cast doubt on the accuracy of the assessments of North Korea, an official tells the newspaper.

The U.S. has shared the new North Korean intelligence with South Korea and Japan and other countries. Washington has been trying to get regional countries to join the United States in squeezing North Korea to end its weapons programs.

The U.S. wants a multilateral approach, while North Korea seeks one-on-one talks with Washington, to solve the current nuclear standoff, which began eight months ago.

The North admitted to an American envoy last October that it had a program to enrich uranium for bombs, prompting the U.S. to end fuel shipments made under a 1994 deal to suspend North Korea's weapons programs.

Publicly, it has said it has a nuclear weapons program. Privately, North Korea has told foreign envoys that it already possesses nuclear weapons, and that it has reprocessed many of the 8,000 fuel rods in order to make more.

But The Times reports the CIA thinks North Korea has reprocessed at most a few hundred of the rods. The agency has detected no traces of krypton gas that is released during the reprocessing.

More than 1,000 rods would need to be reprocessed to make another nuclear weapon. After the rods were reprocessed, completing a new bomb would take another six months, analysts tell the newspaper.

Last month, President Bush and South Korean President Roh Moo Hyun met and issued a joint declaration stating that they "will not tolerate nuclear weapons in North Korea." The U.S. has said it wants a diplomatic solution but has not ruled out military action.

North Korea warned on Saturday that it would regard a move by Washington to bring the standoff over the North's nuclear program to the United Nations as a "prelude to war," and said it would respond with a "corresponding measure."

North Korea has listed a number of reasons for its nuclear ambitions. It says it feels threatened because it has been listed as a member of the president's "axis of evil" and the U.S. has adopted a doctrine of preemptive strikes. Pyongyang also claims it needs a nuclear deterrent to allow it to reduce its large and costly conventional force.

Observers say, however, that the cash-strapped, famine-plagued North is in fact pressing for more aid from the United States and others.

In a 1999 report, the National Intelligence Council said North Korea could use its Taepo-Dong-1 missile to deliver a small weapons — biological or chemical — to the United States. But the bigger Taepo Dong-2 could carry a larger load, perhaps a nuclear weapon.

In a report on missile developments last year the CIA said the Taepo Dong-2 "may be ready for flight-testing."