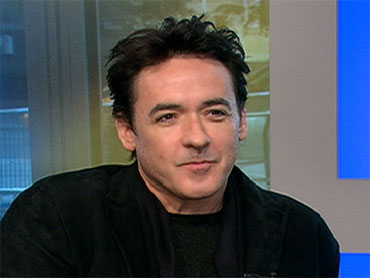 CIA Director George Tenet gave Congress and the White House the accountability they demanded, declaring Friday that the blame for President Bush's false allegation about an Iraqi nuclear deal rested squarely with him and his agency.

The CIA should never have let Mr. Bush repeat a British report that Iraq was seeking uranium from the African country of Niger when U.S. intelligence analysts could not corroborate it, Tenet said in a statement. Ultimately, the allegation proved false.

"These 16 words should never have been included in the text written for the president," Tenet said, referring to Mr. Bush's State of the Union speech in January.

Tenet's extraordinary statement was released after Bush and his national security adviser, Condoleezza Rice, blamed the error on the CIA and members of Congress called for someone to be held accountable.

"This was a mistake," the director said.

CIA and administration officials said that despite the mea culpa, they did not expect Tenet to resign. The Democrat is the long holdover from the Clinton administration and, while distrusted by some conservatives, has enjoyed Mr. Bush's confidence.

"I've heard no discussion along those lines," CIA spokesman Mark Mansfield said Friday night when asked whether Tenet would consider resigning. Other administration officials noted that Rice and Mr. Bush, while placing blame on Tenet's agency, also expressed confidence in the CIA director.

Tenet said the responsibility for vetting the allegations included in Bush's speech rested with CIA.

"Let me be clear about several things right up front," he said. "First, CIA approved the president's State of the Union address before it was delivered. Second, I am responsible for the approval process in my agency. And third, the president had every reason to believe that the text presented to him was sound."

Tenet said CIA officials reviewed portions of the draft speech and raised some concerns with national security aides at the White House that prompted changes in the language. But he said the CIA officials failed to stop the remark from being uttered despite the doubts about its validity.

"Officials who were reviewing the draft remarks on uranium raised several concerns about the fragmentary nature of the intelligence with National Security Council colleagues," Tenet said. "Some of the language was changed. From what we know now, agency officials in the end concurred that the text in the speech was factually correct that the British government report said that Iraq sought uranium from Africa."

"This should not have been the test for clearing a presidential address," the statement continued. "This did not rise to the level of certainty which should be required for presidential speeches, and CIA should have ensured that it was removed."

Tenet's two-page statement came at the end of a tumultuous 24 hours in which reports surfaced suggesting the CIA had raised concerns about the nature of the African allegations before the president made his speech.

Senior administration officials told CBS News Thursday that the president included the claims about Iraq buying uranium from Africa in his Jan. 28 speech despite initial objections from the CIA.

That prompted Mr. Bush and Rice to take issue. On a trip in Africa, they said Tenet's agency approved the language in the speech and never raised objections to them. But the ongoing furor has completely overshadowed Mr. Bush's swing through Africa and his efforts to highlight AIDS programs in the area, reports CBS News Correspondent Bill Plante.

Members of Congress called on the CIA to be held accountable. Senate Intelligence Committee Chairman Pat Roberts, R-Kansas, said Tenet was ultimately responsible for the mistake.

Tenet said there were "legitimate questions" about the CIA's conduct and he sought in his statement to explain his agency's role.

Although the CIA did not learn until well after the president's speech in January that some documents obtained by British intelligence that formed the basis of the Iraq-Niger uranium allegations were forged, CIA officials recognized at the beginning that the allegation was based on "fragmentary intelligence gathered in late 2001 and early 2002," the director said.

A former diplomat was sent by the CIA to the region to check on the allegations and reported back that one of the Nigerian officials he met "stated that he was unaware of any contract being signed between Niger and rogue states for the sale of uranium during his tenure in office," Tenet said.

The diplomat sent to the region has alleged he believed Vice President Dick Cheney's office was apprised of the findings of his trip. But Tenet stated that the CIA "did not brief it to the president, vice president or other senior administration officials."

Tenet said when British officials in fall 2002 discussed making the Niger information public, his agency expressed their reservations to the British about the quality of the intelligence.

A CIA report that came out in October 2002 mentioned the allegations but did not give them full credence, stating "we cannot confirm whether Iraq succeeded in acquiring uranium ore." In addition, the report noted that State Department intelligence analysts found the allegations "highly dubious."

Because of the doubts, Tenet said he never included the allegations in his own congressional testimonies or public statements about Iraqi efforts to obtain weapons of mass destruction.

The question for political watchers now is whether the CIA admission will calm the political storm around Mr. Bush. One veteran onlooker, Zbigniew Brzezinski, former national security advisor under Jimmy Carter, said the White House has suffered a serious loss of credibility.

"It has the effect of undermining the credibility when we say there's a threat. If we next say that another country has weapons of mass destruction and is poised to use them, will we be believed?" Brzezinski told Chief White House Correspondent John Roberts.

"What is at stake is not Saddam Hussein, what is at stake is American leadership in the world. That leadership depends in large measure on the degree to which the united states is trusted," said Brzezinski. "If we lose that trust in the eyes of the world we have lost a very important element of our ability to lead."