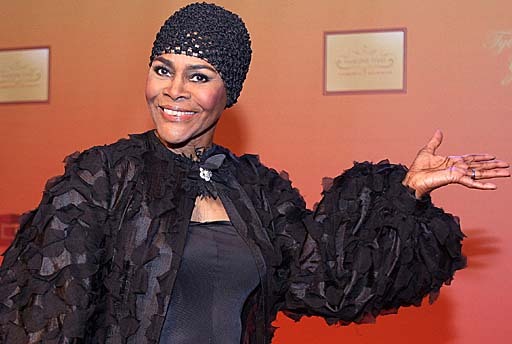 "The BET Honors"  that aired Monday night on BET featured performances from Ne-Yo, the Chick Corea Quartet and Keyshia Cole.

"I'm told that I have one mintue," said Tyson upon reaching the microphone and accepting the award for theatrical arts presented to her by Tyler Perry. "It took me a minute to get up here," she quipped.

"I want you all to know that the only reason I'm standing here at this moment in time is because of the support over the decades of the mnay civil rights organizations, the churches, the schools, the people throughout the world who have allowed me to stand not on their shoulders, but on their backs. All these years."

Foxx received the award for 2011 Entertainer from Cedric the Entertainer. During his acceptance speech, Foxx said, "As I was watching everyone that came up before me, I was like, 'What am I doing up here?'" he joked.

"It lets me know I've got a long way to go. You're all eloquent and brilliant," he said. "It's better than the Oscar."