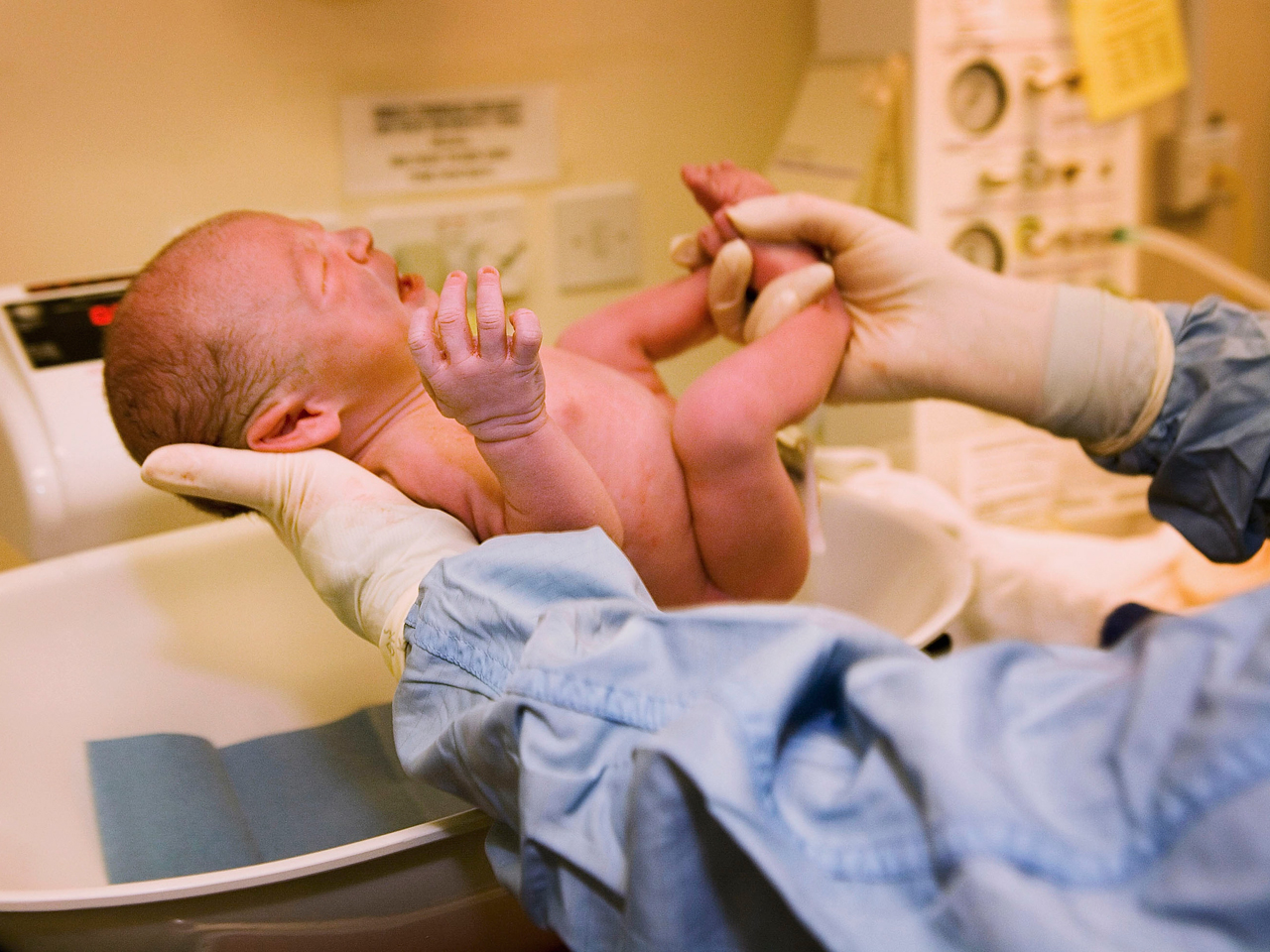 Fewer American parents are having their newborn sons circumcised, according to a new report from the Centers for Disease Control and Prevention (CDC). The largest decline comes in Western states.

In 1979, about two-thirds of boys in Western states got circumcised in the hospital shortly after birth, nearly equal to the nationwide rate at that time of 65 percent. By 2010, the CDC reports, the numbers out West had dropped to 40 percent while the nationwide rate was 58 percent. It hasn't been a steady decline -- the national rate in 2010 was actually slightly higher than 2007, when only 55 percent of newborn boys were circumcised.

The report comes from the National Center for Health Statistics, a division of the CDC.

The decision to circumcise is often weighed against religious and cultural beliefs. Opponents say it is a cruel procedure to inflict upon a child who cannot consent. In its mission statement, the non-profit anti-circumcision movement, Intact America, says that it seeks to "protect babies and children from circumcision and all other forms of medically unnecessary genital alteration, whether carried out for cultural conformity or profit, in medical or non-medical settings."

In 2011, a male circumcision ban almost made the November ballot in San Francisco. A judge later ruled that the issue should be a state decision, rather than decided in a city election.

There is a range of potential reasons behind the decline, including mixed messaging on the health benefits. Several insurance companies have also stopped covering circumcision. In Arizona, California, Oregon and Washington, Medicaid does not cover the procedure. The report also looked only at hospital circumcision rates, and some newborns may be getting the procedure elsewhere.

The mixed messaging in part has come from the top children's medical society, the American Academy of Pediatrics, which has see-sawed its stance over the last 40 years.

In the 1970s, the organization said there is no medical reason to have a baby circumcised. By the '80s, it said there could be medical benefits. The next decade, in 1999, it was back to saying there wasn't sufficient evidence to recommend the procedure.

Then, last year, the AAP released a statement saying "the medical benefits of circumcision outweigh the risks." It recommended that insurance companies should cover its costs.

"In 1999, there was some data suggesting that there were some small medical benefits to circumcision but, at the time, there was not a compelling medical reason to recommend circumcision. So the previous policy didn't argue for or against circumcision," Dr. Douglas S. Diekema, a member of the circumcision task force behind the new statement, said last August. "However, now there is much stronger evidence about protective medical benefits associated with circumcision, so the tone of this policy statement has changed."

Some of the cited benefits included risk reductions for male urinary tract infections, especially in the first year of life, and a lower risk of cancer and heterosexual acquisition of HIV and other sexually transmitted diseases.

Still, the AAP said that in the end, the benefits were not great enough to recommend the procedure routinely, and the decision should be made by parents and doctors.

Risks of circumcision include complications like bleeding and infection, and there have been reports of decreases in sensitivity and declines in sexual satisfaction, according to the CDC.

Regionally, about two-thirds of Midwest boys are circumcised, according to the new report. In the Northeast, the rates varied within the 60-percent range from 1979 to 2010. In the South, the rates peaked in 1998 before a slight but steady decline.

"The overall modest rate of decline reflects that parents are more thoughtful about circumcision now than they were a decade or two ago when circumcision was a given," Dr. Thomas McInerny, president of the American Academy of Pediatrics, told NPR. "I don't think that anyone has surveyed parents by U.S. regions to determine why there are significant regional differences, so I can't tell you why this variation exists."